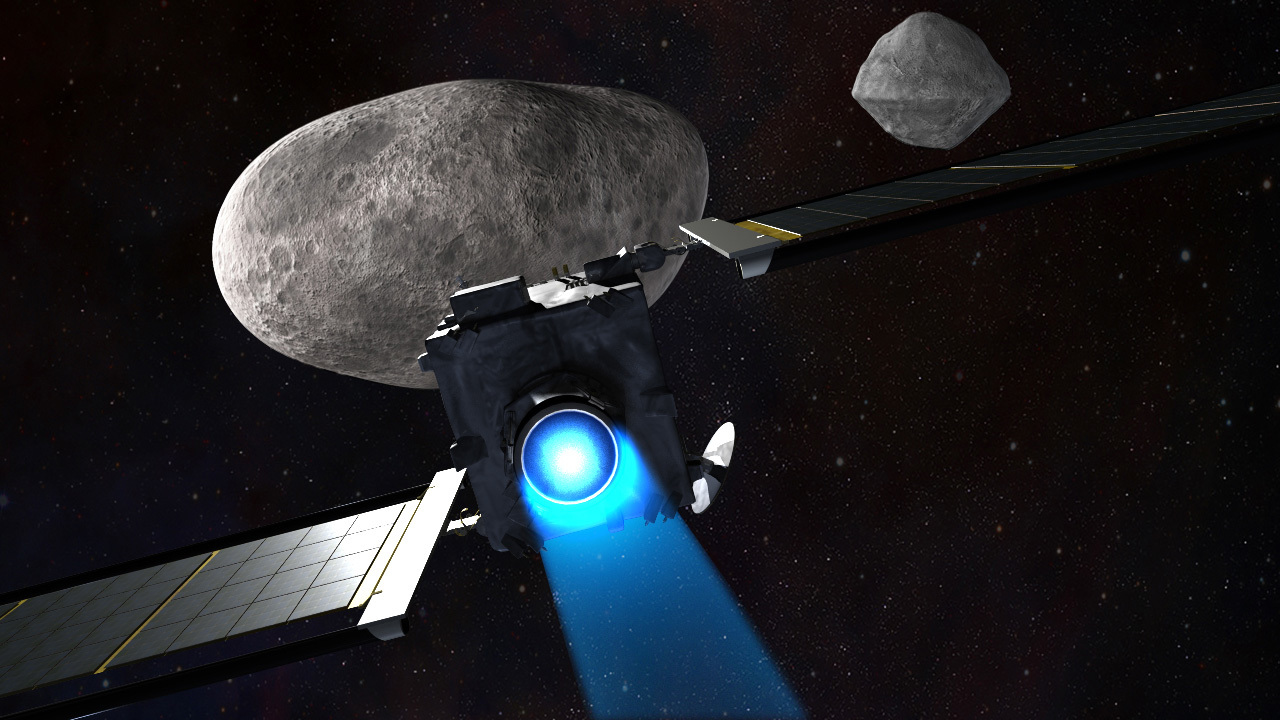 Though DART carries a first-of-its-kind electric thruster and plenty of xenon fuel, Falcon 9 is expected to do almost all of the work, leaving the spacecraft to perform a few small trajectory corrections burns with simple chemical thrusters as it homes in on Didymos’ moon Dimorphos.

What an experience today to go out to SLC-4E and see the #DARTmission integrated on top of the @SpaceX Falcon 9 rocket at @SLDelta30. Awesome experience for the @JHUAPL team that has worked so hard on this project for many years. #JHUAPL pic.twitter.com/Ygl4Cxs1Fj

If it succeeds, though, NASA anticipates that it’ll be able to observe a slight 1.5% change in Dimorphos’ orbital period (how long it takes to orbit Didymos) with Earth-based telescopes. The most important part of the mission will be confirming whether those theoretical estimates are accurate and, if they aren’t, which assumptions were wrong. Planetary defense is a brand new science and DART will be its first truly verifiable test, so it’s more likely than not that most prelaunch predictions will be somewhat wrong and that determining why they were wrong will help scientists learn about the behavior of asteroids.

After liftoff, Falcon 9 will send DART on a trajectory that will take around ten months to reach Dimorphos. About 10 days before that ‘arrival,’ Italian-built CubeSat LICIACube will separate from DART and back a few kilometers away. As a result, LICIACube will intentionally miss both asteroids but will be as close as possible to ensure that the two cameras it carries have a front-row seat when DART slams into Dimorphos at 6.6 km/s (4.1 mi/s). Interestingly, while the goal is obviously to not miss, a DART project manager indicated that the spacecraft would probably have plenty of longevity – and 90% of its electric thruster propellant – to retarget a different asteroid system in the event it somehow misses.