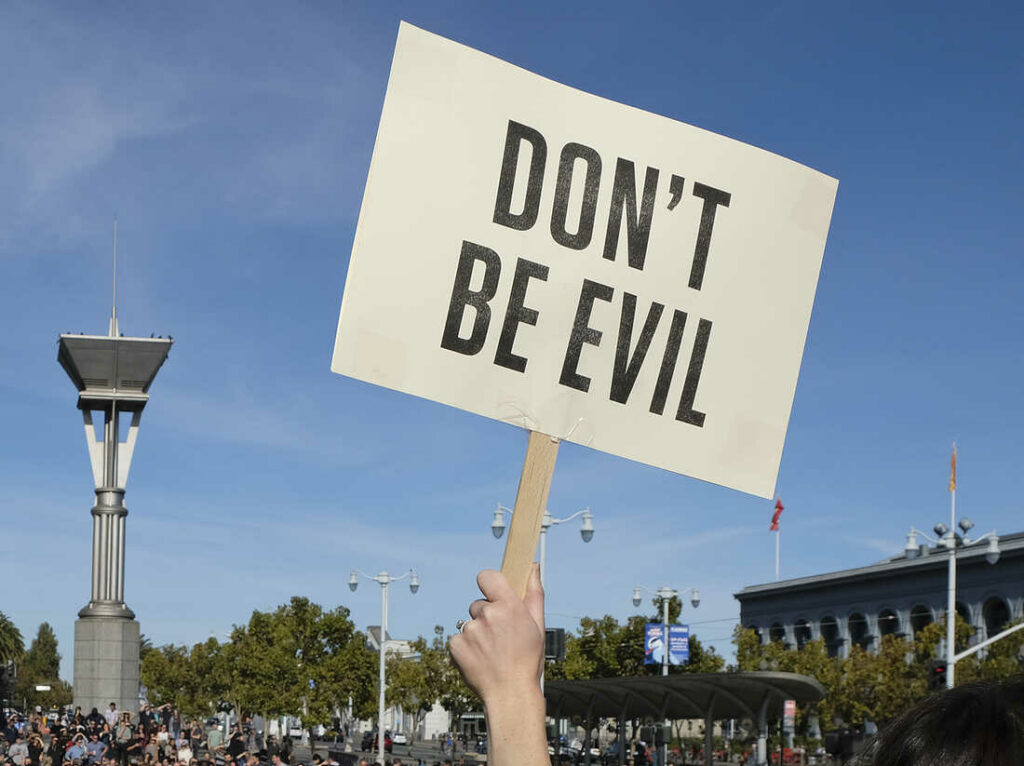 Former Google employees Rebecca Rivers, Sophie Waldman, and Paul Duke filed a complaint in California state court in Santa Clara county, alleging that they were fired two years ago for fulfilling their contractual commitment to speak up if they witnessed Google violate its “don’t be evil” pledge.

A request for comment from Google was not immediately returned. Employees had previously been accused of violating data security regulations, according to the corporation.

Their firings have also sparked an ongoing National Labor Relations Board investigation into whether the corporation used unfair labour practises to stifle worker organisation.

In recent years, rank-and-file engineers and others working in tech corporations have pushed for more control over rules and projects. Management has resisted, attempting to keep control.

The three former Google software engineers had expressed concerns about the company potentially selling cloud technology to US immigration authorities, which at the time were using inhumane detention tactics such as separating migrant children from their families, at town halls and other forums within Google.

According to the lawsuit, the employees considered the potential immigration job “evil” under Google’s rules, which include “acting honourably and treating one other with respect,” as well as “the highest possible standards of ethical corporate conduct.”

According to the lawsuit, the corporation’s code of conduct states that employees who believe the company is failing to meet its commitments should not remain silent.

The workers are suing for an undisclosed amount of money.

That motto came from a previous time at Google, back in the late 1990s, when the company was making its first significant deals to monetise its search feature. Some of the firm’s most idealistic employees were concerned about the shift, and wanted the much smaller company to commit in writing to the aim of making the world a better place.

Since then, Google has grown into a global juggernaut with numerous business lines, and detractors believe that its “Don’t Be Evil” slogan has been forgotten.

Employees at Alphabet, Google’s parent firm, formed a union with the Communications Workers of America (CWA) in early 2020, citing the business’s response to sexual harassment, drone contracts with the Pentagon, and the firing of Timnit Gebru, a notable Black artificial intelligence researcher.