The first three weeks of June saw a consistent rise in investments into Indian based start-ups. However, the final week of the month could not keep up with the pace unfortunately and ended up falling short. This week saw only $ 292 million USD invested into 21 different start-up companies which is a major slump compared to the $ 791 million USD just a week ago. 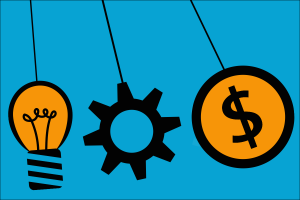 This week also unfortunately witnessed zero companies turn in to a unicorn which is a first for a few weeks now.

The largest funding of the week goes to Arzooo, which is an online retail tech company. it was a round B funding for them and they received $70 million USD. Their investment alone accounts for almost a fourth of the total investments for the week.

PropShare, a financial tech company received the second most investments as they were injected with $47 million USD. The company was created 6 years ago back in 2016.

Prog Gap which is yet another financial tech company came in at third received $40 million USD. They specialise in Software as a Service fintech.

Solv, a Bangalore based business 2 business e-commerce company founded in 2019 also received a $40 million USD in a Series A round of funding.

GetVantage, a Mumbai based fintech firm that is business 2 business secured a $36 million USD investment.

Battery Smart which is a network for electric cars and other electric vehicles raised $25 million USD.

CheQ which is a fintech start-up that facilitates digital transactions bagged a $10 million USD funding which is still in their seed round.

SourceWiz, another Software as a Service start-up received $2.5 million USD.

Lemme Be which is a direct 2 consumer, e-commerce firm raised $1.7 million USD.

FitMint, a health and wellness, lifestyle start-up company raised $1.6 million USD in their seed round of funding.

Many other companies such as Mekr, NutriTap Technologies, Supersourcing, hav., and Urvann all received investments amounting for less than $1 million USD each which all totalled to $3.18 million USD.

A few other companies also raised undisclosed amounts of investments.