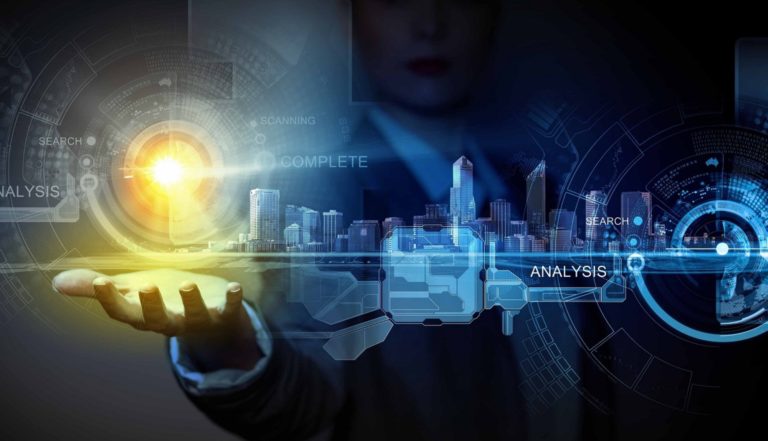 With a population of over 1.2 billion, India forms one of the biggest market for any technology concept to develop and grow. Big Data is one such concept that is trying to get a foothold in the Indian market, but is greatly struggling.

With this size of population, one of the primary adopters of Big Data and Analytics should be the government itself, but the reason for their under-achieving performance of Big Data adoption in India is the lack of digital records.

We have the technologies, we have the man power and knowledge to apply all of it together and find meaningful insights, but when the data sources aren’t digitized, it increases the work many folds, sometimes making the implementation of Big Data system almost useless.

This isn’t to mean that there is no hope. The Indian government can – and is trying to – play a strong role now, in helping adopt Big Data systems, collect digital records, and overall help Big Data and Analytics field grow in India.

Recent campaigns like Digital India, Aadhar, and platforms like Open Government Data Platform certainly help, but there’s still a lot more to be done and a long way to go.

The way government can adopt and help expand Big Data as a primary strategy is through a ground-up approach, figuring out a way to collect digital records from the information gatherers like survey offices or statistics offices, centralizing all that data in uniform formats, opening some of the datasets to the public to allow participation and increase interest, and then developing solutions to use the data that helps everyone.

With the advent of the Big-Data era, the government now has a great new tool to ramp up its efficiency to a whole new dimension. To get an idea of what the central government does to collect data, the Field Operations Division of the National Sample Survey Office(NSSO) operates through 49 regional offices and 118 sub-regional offices. The data that is collected by the Field Operations Division is processed at seven Data Processing centres.

This operation is conducted on a land mass of 3.3 million square kilometres over a population of 1.25 billion people. With all data-collecting devices feeding into an integrated system where all data is stored and retrieved in a unified format, data takes governance into a new plane of revolutionary potential.

Ministry of Statistics and Programme Implementation (MOSPI), is a ministry branch that collects and qualifies the data collected and statistics released. There are several branches under MOSPI that take care of different aspects of data collection.

All these divisions collect lot of data. These data points in digital formats could mean a lot. Each tax filing, sale registration, retail purchase, currency inflow and outflow can be collected robustly and dynamically with a Big Data platform.

Data and information about the people is not the only data the government collects or analyzes.

According to Open Government Data, there are 148,000 sub-centres of the 24,000 Primary Health Centres in the country. With the potential for epidemics being very high in a country the size of India, response must be very quick to reduce the gravity of each situation.

For example, Japanese Encephalitis, a disease that has been around in the eastern part of the country for over three decades and contributes to many deaths each year. Collection and analysis of data in the disease-spread period of monsoon can help to understand the reason for spread and ways to reduce the deadly impact of this disease.

In a similar manner, India Meteorological Department under Ministry of Earth Sciences collects satellite images, radar images and so much more, day over day, keeping a track of wind motion, disaster likelihood, tides, and so much more.

Through traditional methods, the Ministry tracks disasters and releases warnings. But this same data can be used to detect trends by incorporating Machine Learning, to predict disasters way before they happen, and save many more lives by releasing warnings sooner or streamlining the process of evacuation.

In its “National Data Sharing and Accessibility Policy” or NDSAP of 2012, the Government of India has set out its aim to make all data collected with the utilisation of public funds to be readily available to the public towards ensuring better debate and decision-making.

In the policy statement of NDSAP, the government acknowledged that data would be fully useful and valuable only when it was available across departments. If the data were to lie with the original agency that collected it, it would represent a huge loss of potential. To facilitate such sharing of data with ease, the government realised the need to develop standards for data sharing and operation, for departments as well as the public.

The Open Government Data Platform (data.gov.in) is the open data portal established by the Indian government. The repository is proposed to hold data from all ministries, state governments and union territories. Among the features of the repository were search-based reports and complete metadata.

Currently, lot of the data on the portal is lacking specifics, and it provides generalized information that cannot be analyzed to find trends, but as the platform gains traction and visibility, more data points will be added that can be used together by the public or other ministries to make better solutions.

To create systems that would operate across platforms and make sharing of data quick and reliable, the government identified the need to standardise the development of e-governance applications. With the creation of the “OpenForge” platform, the government adopted open-source tools as the foundation for developing a repository of source code.

Among the objectives of the platform was to reduce development time and to improve quality, security as well as reducing cost. In a policy statement of February 2015 of the Department of Electronics & Information Technology (DeitY) under the Ministry of Communications & Information Technology, transparency and mass peer review were among the objectives.

The mission of the collaborative application development platform included preference to software available on the platform when considering purchase or development.

Despite having a high number of IT graduates and Big Data centric courses in the curriculum, the in-field knowledge of Big Data is low. Designing a research centric curriculum around Big Data and Analytics and developing projects using open-source government data can increase interest in the field and bring smarter and creative solutions to the front that government may be able to use.

By current predictions of Nasscom, the revenue in India around Big Data will cross $16 billion by 2025. If government leads the charge to bring Big Data implementations to the forefront, that prediction can be crossed way sooner. The achievements in efficiencies and economies will contribute vastly to making India a new type of economy that will be highly reliant on actionable insights and strong data.

Using Big Data to Analyse your Personality and Character 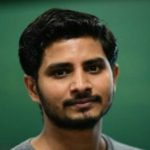 Nikunj Thakkar is the Founder and CEO of DataOne Innovation Labs. DataOne is a Business Solutions company with a strong focus on Business Intelligence; Big Data Analytics; Data Processing and Management; Product Development; Machine Learning and Natural Language Processing; and IoT Implementations. Reach out to him at nikunj@dataone.io, Facebook , LinkedIn or Twitter.