Hackers Steal Rs.7.38 Crores from Fintech Firm Razorpay On contacting its ‘authorisation and authentication partner’ Fiserv, a fintech and payments company, it was communicated to Razorpay that these transactions had failed and were not authorised or authenticated.

Hackers and other customers of Razorpay who have been taking part in illegal activities have just stolen Rs. 7.38 crores from the company. These people have tampered the authentication steps of the payment process of Razorpay to approve over 830 failed transactions, according to the reports of the police filed complaints.

Mr. Abhinav Anand, the head of legal disputes of the company said that they have lost money amounting to Rs. 7.38 crores and in spite of their best efforts trying to retrieve it back, they have unfortunately failed to.

Razorpay is a financial tech company founded 9 years ago back in 2013. Its head office is situated in India’s Silicon Valley, Bangalore. The company allows you to make Unified Payments Interface (UPI) transactions on e-commerce websites. They allow business to accept payments, process and approve them, and even disburse money with their model. Currently, well over 8 million businesses in India have chosen to use Razorpay as their payment gateway. 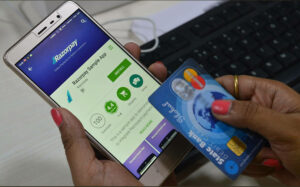 Fiserv, is a partner of Razorpay that authenticates and makes the payment process smoother and easier. When the company contacted them, they told Razorpay that these attempted transactions did not go through and were neither approved nor has it been authenticated to be genuine.

It was after this, did the parties come to the conclusion that they were hacked and their database of payments were tampered with and changed.

Once they came to know of this entire situation, Razorpay swiftly contacted their vendors and merchants and reimbursed all the money they have lost due to the hacking.

The police are now involved and are actively pursuing the group of outlaws. All information of the illegal transactions along with the IP address of the hackers have been sent to the police force and cyber security branch.

Razorpay have also now undergone a comprehensive audit to make sure that their systems, data, funds and other critical information have not been accessed illegally and did not play a part in the recent events.

With the country going heavily digital over the past few years, there also needs to be strong and stable infrastructure and systems to make sure that cybercrimes like hacking do not become a regular occurrence. Razorpay also said that they have already started making sure that this does not repeat.