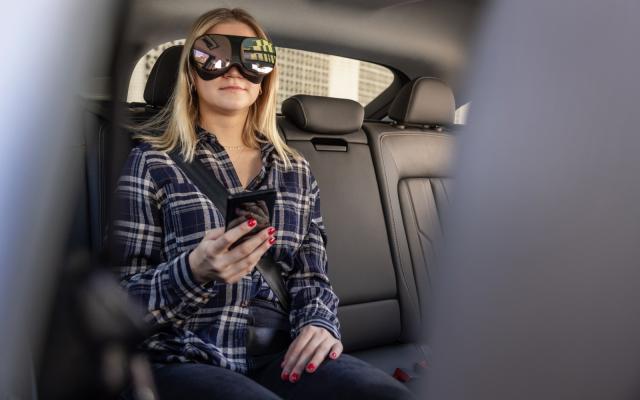 Holoride announced on Saturday at the SXSW tech, music and film conference in Austin that its headset-based virtual-reality entertainment system will debut in June in certain Audi models with the latest MIB 3 software. The announcement is a milestone for the startup that spun out of Audi several years ago; it also signals an increasing interest among automakers to find new ways to capture the attention of consumers.

Some models of Audi cars will support Holoride technology that will help “turn vehicles into moving theme parks”. Holoride is the in-car VR technology firm which was essentially spun out of Audi 3 years back. “As of June this year, select Audi models that roll off the production line with the third generation of the modular infotainment toolkit (MIB 3) and the latest software cluster will be Holoride-ready,” the company said. The specific Audi models are: A4, A5, A6, A7, A8, Q5, Q7, Q8, Audi etron, etron Sportback, and etron GT.

Company is planning to support the feature first in Germany, the UK and US before making it available in other Asian markets.

At the center of the experience is something Holoride calls “Elastic Content.” When passengers play an interactive video or game, the experience adapts to the car’s movements. So say you’re playing something involving a spacecraft. When the vehicle accelerates, so will the spaceship. In that way, not only is the experience more immersive, but it’s also less likely to lead to motion sickness, according to Holoride.

For now, the only additional cost to use the VR system is a headset, but there is limitless potential for carmakers and developers to generate revenue from car owners by selling subscription services or charging for certain features. The global automotive AR and VR market is projected to reach $674 million by 2025, according to an Allied Market Research report.

The opportunities are boundless, according to Holoride and Audi. Passengers will be able to buy or collect NFTs, supported by Elrond’s blockchain, while visiting the virtual world. Location-based games could connect the virtual world to locations or events in the physical world, like Pokemon Go.

Of course, motion sickness is a key concern in VR. Holoride says that syncing with the vehicle’s movements reduces the symptoms.