House Speaker Nancy Pelosi opposes banning Congress members from owning individual stocks “We’re a free-market economy,” Pelosi said. “They should be able to participate in that.”

House Speaker Nancy Pelosi on Wednesday rejected the idea of barring members of Congress and their spouses from holding or trading individual stocks while in office.

“We are a free-market economy. They should be able to participate in that,” Pelosi said when asked by Insider at her weekly press conference. 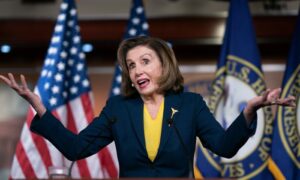 Pelosi’s dismissal of the idea of a stock-purchase ban came in response to a question about a Business Insider investigative report this week on stock ownership by lawmakers. After controversies overstock purchases by a number of senators since the beginning of the Covid-19 pandemic.

Pelosi’s position put her at odds with progressives such as Sen. Elizabeth Warren and Rep. Alexandria Ocasio-Cortez, both of whom have called for barring members of Congress from trading stocks while in office.

In October, the Federal Reserve announced a wide-ranging ban on officials of that central bank owning individual stocks and bonds.

That ban came on the heels of the resignations of two Federal Reserve regional presidents, Robert Kaplan of Dallas and Eric Rosengren of Boston, after disclosures that they had traded individual securities in 2020. Their trades came as the coronavirus rocked markets, and while the Fed itself was engaging in massive purchases of assets aimed at keeping markets stable.

“We need both tougher laws and enforcement of those laws,” the Massachusetts Democrat said. “The American people should never have to guess whether or not an elected official is advancing an issue or voting on a bill based on what’s good for the country or what’s good for their own personal financial interests.”

When asked about progressives’ position on the issue, Drew Hammill, a spokesperson for Pelosi, signaled that the speaker preferred a transparency-focused approach to insider trading.

“We have a responsibility to report” stock trades, Pelosi said Wednesday.

The speaker said that she was not familiar with the findings of the Business Insider series.

“But If people aren’t reporting [stock trades], they should be,” Pelosi added.

Walter Shaub, the former director of the U.S. Office of Government Ethics, blasted Pelosi’s reference to the “free-market economy” in the first of a series of tweets about the lack of a ban on stock ownership by lawmakers.

“It’s a ridiculous comment!” Shaub wrote. “She might as well have said ‘let them eat cake.’ Sure, it’s a free-market economy. But your average schmuck doesn’t get confidential briefings from government experts chock full of nonpublic information directly related to the price of stocks.”