HP plans to lay off 6000 employees in the next few years The company currently holds a team of 50,000 workers. The trimming of 4000 to 6000 employees will restructure the overall working pattern of the company.

Computer maker company HP Inc. said that the company is planning to cut jobs by the end of its 2025 fiscal year on Tuesday. With this decision, Hp will become the latest tech giant to take a strict move to minimize its operating costs

Declared openly during its post-earnings call and briefed by Reuters, the organization will probably lay off nearly 6,000 workers, which translates to around 12 percent of its workforce worldwide.

The statement by chief financial officer Marie Myers came at a time when sales of PCs were declining. HP became the latest technology to trim down its workforce. Many tech giants like Meta and Amazon also laid off thousands of workers owing to poor macroeconomic situations.

At the onset of the work-from-home culture, the company reported steady growth in sales as people were made to work from home through their laptops during the lockdown period. However, its sensational growth did not last long after the reopening of offices and normal work life.

The company currently holds a team of 50,000 workers. The trimming of 4000 to 6000 employees will restructure the overall working pattern of the company.

However, it is still unclear which departments would be impacted by the layoffs. HP also issued a statement and said, “As part of the actions we are taking, we will be reducing the size of our workforce by 4,000-6,000 people over the next three years. These are the toughest decisions we have to make because they impact colleagues we care deeply about. We are committed to treating people with care and respect – including financial and career services support to help them find their next opportunity”.

In a statement, HP said its “Future Ready Transformation plan” should result in annualized gross run rate savings of $1.4 billion or more in the next three years, with around $1 billion in costs including restructuring. Of that $1 billion, $600 million will come in the fiscal 2023 fiscal year, which ends Oct. 31, 2023. The rest will be split evenly between the 2024 and 2025 fiscal years”. 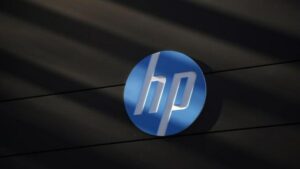 HP said earnings in the fiscal fourth quarter declined 0.8% year over year to $14.80 billion which ended on 31 October. Revenue in the Personal Systems segment, which comprises PCs, fell 13% to $10.3 billion, as units fell over 21%. Consumer revenue in the segment fell 25%. Printing earnings, at $4.5 billion, were down 7%, as units fell 3%.