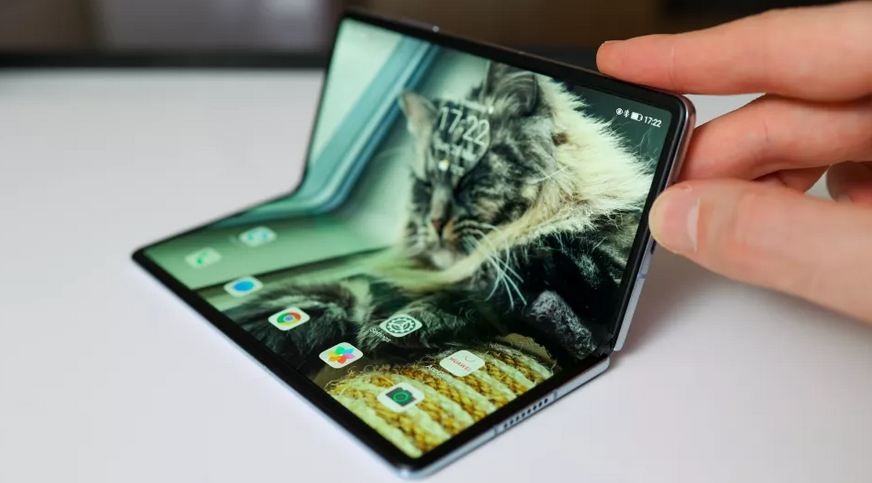 Huawei has previously dabbled in foldable phones with the Huawei Mate Xs and Mate X2, but the latest rumor is that Huawei will soon offer a clamshell device similar to the Samsung Galaxy Z Flip 3. This leak was obtained from sources on the Chinese social media site Weibo (via Notebookcheck.net), and mass manufacture of the new phone appears to have already begun.

That suggests it might be introduced formally before the end of the year. We don’t know much more about how this clamshell phone will look, albeit the production of a simpler hinge has supposedly disclosed the device’s existence. Let’s hope that a simpler hinge also equals a lesser price.

Huawei Foldable – What will it feature?

The only additional information we have from this source is that the foldable phone would have a “fashionable” design and a “rich” color palette (if Google Translate can be trusted). The redesigned clamshell appears to be designed to capture attention.

It’s not the first time we’ve done a clamshell Huawei folding phone; patents for this device were submitted more than a year ago. According to current rumors, the next gadget will be called as the Huawei Mate V when it is unveiled.

Because of the continuous trade restrictions imposed by the United States on Huawei, it will have to settle with 4G technology for the time being. When the Huawei Mate V is released, it may include a 4G version of the Snapdragon 888.

The core attraction of a foldable phone remains the same whether it is used as a clamshell that snaps shut or as a device that opens up like an electronic book. You now have a fully working full-size phone that fits comfortably in your pocket.

However, there are significant differences between these two form factors. The phone-to-tablet conversion finally provides significantly more screen space: the display on the Samsung Galaxy Z Fold 3, for example, measures a very astounding 7.6 inches when folded up.

Nevertheless, the clamshell form factor is all about keeping the device’s size down and making it simpler to operate. You’ll see that devices like the Samsung Galaxy Z Flip 3 and the Motorola Razr can be handled with one hand (and can be locked with a pleasing snap as well).

Samsung has opted to cover both bases with its foldable phone lineup, and it appears like Huawei is poised to follow suit – and, as usual, more hardware on the market means a greater assortment of products for customers to choose from.