As the demand for electric vehicles (EV) in India so rises, many players have emerged in the market with options to cater to the user’s needs. Most of the startups in India which are active in the electric vehicles business provide four wheeler or two wheeler vehicles. Some of which provide the vehicle with excellent battery life and the vehicle can run on minimal amount of rupees. 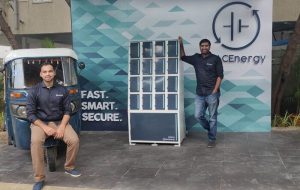 However, there is one startup in Hyderabad which is taking a slightly different approach. RACEnergy is an electric vehicle (EV) startup which is producing kits that are able to convert auto rickshaws into electric vehicles.

Arun Sreyas, the CEO of RACEnergy while explaining how the entire process takes place said, “In a battery swapping model, the battery is owned by the company performing the swapping, whereas the vehicle and retrofit kit is owned by the driver. They use our batteries as a service. The vehicle owner does not have to worry about managing batteries at all. For drivers, since there is no clutch or gearbox, they can cover greater distances at greater comfort and pick up more rides than they would have earlier.”

The company has to put in over two years of time to develop and test the kit which will facilitate this transformation. This kit can be retrofitted into a three wheeler that is being already powered by an IC engine.

This product is capable to prove the life of both the driver and the passengers that ride the auto rickshaw as it will cut down on the noise and the engine vibrations that are being produced by a normal auto rickshaw.

The company RACEnergy currently has set up one bettery swapping station in Hyderabad. The company is expected to come up with five new such stations in the time period of the next two or three months. The company has been able to convert 10 vehicles so far. In the past two months, they have received over 300 pre orders. So the company will stay occupied for the next few months fulfilling the pre orders. 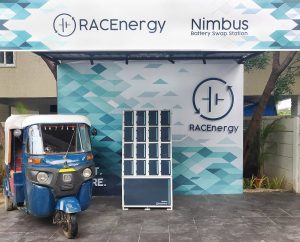 Arun claims, “It’s going to be one of the most powerful powertrains you’ll see in the market for passenger three-wheelers in terms of performance specifications like motor power, torque, etc. We will announce these particular specifications in a couple of months when we organise our official launch. However, what we can reveal is that our autos will hit a top speed of 60 kmph,”

The cost of this conversion kit is about Rs 50000. Once the vehicle is converted, the auto drivers will be able to save anywhere between 40 per cent to 50 per cent of their running cost. According to CEO Arun Sreyas the auto are usually able to recover their cost of buying the kit in approximately 12-15 months. This number is calculated based on the amount these auto drivers save on their operating procedures.

The swapping process starts by the vehicle being brought to the RACEnergy swapping station. Then a three layer authentication process is conducted wirelessly over Bluetooth. The authentication process starts with the driver providing their pin number. This facilitates the station to gather all the data regarding how much energy has been used so far and the bills regarding the driver.