IBM is all set to release a new module called ‘Qiskit.’ This will be a part of its open-source quantum software development kit and will enable the developers to channel the benefits of quantum computers to enhance and polish the quality of the machine-learning models. 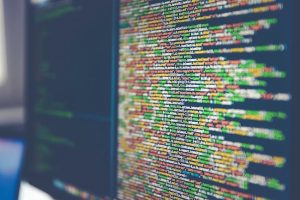 Qiskit includes the necessary computational building blocks which will be of substantial help in bringing machine-learning models into the quantum space.

The relevance of Qiskit becomes all the more relevant since the demand and use of machine-learning tools is on the rise. What makes machine learning special is its ability to crunch through humongous datasets which enables it to identify certain patterns which in turn becomes useful in finding the best solution from a wide spectrum of possibilities.

Coming up with an optimal model which can expand the amount and improve the quality of data fed into the machine-learning software is of utmost importance to the researchers. However, the process entails high costs and lengthy durations. This is where quantum computing comes in. Delegation of a part of the work to a quantum computer makes it possible to speed up the training and evaluation time, while also increasing the feature space, which basically is the collection of features present in the data.

In contrast to classical computers which have the limitation of large feature spaces, a quantum computer, when the technology is mature enough, is expected to deal with a large number of calculations in a short span of time.

Although quantum computing is still in its initial days of development, with a more theoretical base than practical, researchers are convinced and optimistic about the multitude of possibilities it holds. As per the Qiskit applications team, quantum computation holds a lot of potential that can enhance the power of,machine-learning models.

Since the world of quantum is still hazy and vague, even the most brilliant developers of machine learning will be flustered. The new module released by Qiskit is designed in such a way that developers can create a prototype model, without the pre-requisite of expert knowledge in the field. This gives them a solid ground to stand on and more confidence to step onto a rather hazy domain.

Qiskit also facilitates the integration of new quantum neural networks into the PyTorch open-source machine library. PyTorch library is a platform developed by Facebook that is used for applications like NLP and computer vision.

The applications team also added that they expect a harmonic working between quantum computing and classical computing, with the former helping to improve the models designed for classical applications.

Developers will be able to test the algorithm on the classical computers as well as on IBM’s cloud-based quantum systems after a quantum machine-learning models is built on Qiskit.