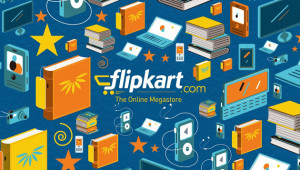 May 26, 2016:  Indian Institutes of Technology ( IIT) are likely to strip Flipkart of its Day One status in their campus placement programs. This is due to the ecommerce giant’s recent decision to defer the joining date for its most recent batch of campus recruits from June this year to December.

Flipkart is almost certain to be bumped down from the prestigious Day One slot at the top institutes according to multiple sources across IITs . The All-IITs Placement Committee (AIPC), comprising placement cell heads across all IITs, will be meeting in the next few days to take a stand on the Flipkart issue.

An AIPC member said “Flipkart’s Day One slot at IITs will be affected for sure.” He adds  “Our next AIPC meeting was scheduled for October, but we are planning to have a video conference in the next few days to decide on how to sort out the problem.”

The Day One slot across IITs is normally reserved for the most reputed companies, including technology giants such as Google and Microsoft. Given the intense competition to get topflight talent, companies vie for this slot to be able to hire the cream of the graduating students first. Flipkart has so far enjoyed a Day One slot across almost all IITs, barring a couple of campuses such as IIT-Bombay. “It is a delicate situation. Many of our alumni are still at Flipkart and it would be unwise to have a kneejerk reaction,” said a placement head who declined to be named.

Unlike Zomato, Flipkart though is unlikely to get blacklisted. Last year, Zomato was insistent that it be included in the Day One slot at IIT-Delhi. It was turned down and its CEO Deepinder Goyal expressed his displeasure in an outburst on Twitter. IITs subsequently blacklisted Zomato and did not allow it to hire on campus.
The pressure on Flipkart is intensifying, with IIT-Bombay – where seven students have been hired by Flipkart – also planning to send out an email to the company, asking them to reduce the deferment period or else increase the compensation amount which is currently at Rs 1.5 lakh.

They have also asked the company to provide surety that it plans to onboard all students once Flipkart’s restructuring is done with.

The institute has plans of sending the letter to the company’s campus team later that night.

Flipkart had responded to the similar email sent out by IIM-Ahmedabad saying while it would be taking on all the students it has hired, it wouldn’t be able to increase  the Rs 1.5 lakh compensation for the six-month delay.

“We had been kept in the dark till just a few days ago. Now it means forced unemployment for six months for students who’ve been hired by Flipkart,” said a peeved IIT-Bombay student. IITs say that some smaller startups have also been deferring or even withdrawing offers of late. But this latest development from a recruiter of Flipkart’s standing has been the biggest shock yet.

“We are looking to rethink our strategy about this entire space as a whole,” said the placement chairperson of an older IIT. “We are seeing more interest in big MNCs and more stable companies.”

Meanwhile, some B-schools – Flipkart has deferred offers made here too – say they will help students find alternative employment should they not want to wait till December to join Flipkart. “Flipkart’s reputation has definitely taken a big hit,” said an IIM placement head.

“The decision to defer joining for 6 months has been taken after due evaluation of all possibilities and keeping in mind the timelines to complete the organisational restructuring at Flipkart. We are committed and absolutely confident of having all our trainees on board in December 2016,” Flipkart said in a clarification it posted on its website on Wednesday.