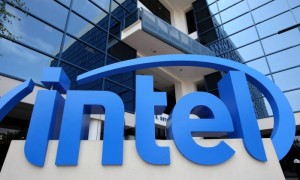 To accelerate digital literacy at the grassroots level by reaching out to the population in non-urban India, upskill citizens in tier two cities and beyond and encourage innovation from the local level Intel has launched three projects.

Robby Swinnen, general manager, Intel Corporation( Asia-Pacific & Japan) said in a statement, “We are thrilled to see the progress made through our collaboration with the government of India on various initiatives like ‘Digital India’ that are bringing technology and innovation mainstream in India.”

Building on the momentum of its “Ek Kadam Unnati Ki Aur” initiative to accelerate access to technology in non-urban India, Intel India e-launched its latest “Unnati Kendra at Common Service Centre” (UK at CSC) in Karnal, the first in Haryana.

The ‘UK at CSC’ will serve as the common access digital learning centres for people of the state.

Intel India is working with the government to open a network of up to 100 ‘UK at CSC’ facilities across 10 states this year, with 10 such facilities already set up in the state of Telangana.

“Digital Unnati” was also announced by Intel India that is being set up in collaboration with CSC e-Governance Services India Ltd. It will enable Village Level Entrepreneurs (VLEs) to learn how to assemble a PC online and upskill their technology know-how.

In addition, inspired by the overwhelming response and the success of the first chapter of the Intel and DST- Innovate for Digital India Challenge, Intel India is laying the groundwork for launching the challenge later this year.

This challenge supports local innovation and entrepreneurship and is a nationwide competition inviting technology solutions to solve real problems faced by citizens.

Debjani Ghosh, vice president, sales and marketing and director, Intel South Asia added, “Intel India is fully committed to achieving the realization of a truly Digital India and has been supporting this vision by fostering innovation and upskilling of the non-urban population.”
Also Read: Intel To Layoff 11% Of Its Workforce