“Incentives are given by Iran officials to remove profiles”, says Instagram moderators

Two content moderators of Instagram have claimed that they were rendered a profuse amount of money to delete the accounts of the journalists and protestors of Iran by the Iranian officials after the outcry in the country over the food allowances being cut by the government last week.

One of the two is a Persian moderator while the other is an ex-content reviewer for the company. As said by the former moderator in his interview with BBC Persian he was offered a surplus amount of 5,000 to 10,000 euros to delete a profile which was chiefly after dismissing the profile of the Iranian-American journalist, writer, and activist Masih Alinejad. 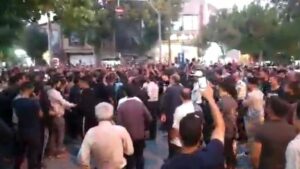 The analysts also alleged that some of their co-workers from Iran were politically biased while appraising the posts. This incident came to notice when there were many complaints filed by the Iranian Instagram users that their posts on the disruption that occurred in their country are being expunged by the social media platform.

The fuss occurred in the nation after the government of Iran cut allowances for essential food products which called forth a rise in the food prices. This protest took a political turn with the protestors rallying cry opposing the Supreme Leader Ayatollah Ali Khamenei and President Ebrahim Raisi. 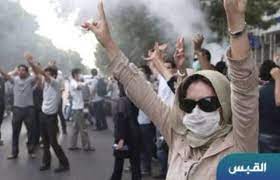 Though the outrage was done all over the country yet it received only a little coverage from the media, so the people had to fall back on the social media platforms including Instagram to know about the situation of the disruption happening in their country and share their thoughts on it. These users noticed that a few of the posts of the outrage were expunged from Instagram.

1500tasvir a famous Instagram page of Iran alleged that the social media platform is working for the benefit of the autocrats.

Denying the allegations, Instagram’s owner, Meta Platforms and its third party company which reviews its contents Telus International said that the work is assigned to its employees arbitrarily to go through the contents and check whether it is violating the guidelines of Instagram. They also said that they implement a weekly audit to keep up the quality and accuracy of the contents and to check the mistakes and take the required actions against them.

The company said that they have investigated the matter and have found zero evidence that supports the claims. According to them the pictures and videos had people chanting ” Death to Khamenei” in them which according to the guidelines of Meta is provoking violence and showing threat. However, the phrase “Death to..” is used to express discontent with something or someone in Iran.