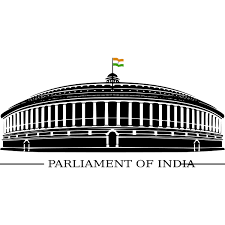 India took a serious view of the disclosures made by Twitter’s former employee as it asked one of its executives in India to appear before it on Thursday 25 August. The government summon was based on the disclosure that Indian agents had access to user data on Twitter. The allegations have been levelled by former micro-blogging site security head Peiter Mudge Zatko. The popular hacker ‘Mudge’ has also alleged that India forced Twitter to hire local employees on a full-time basis for such a purpose.

Zatko, 84-page revelation on Twitter has come after he was fired from the micro-blogging site, earlier this year. Mudge has also raised concerns about loopholes in the microblogging site security system and said that Parag Agarwal is lying.

The micro-blogging site has countered the claim saying, the whistleblower disclosures are intended to get attention and spun a false narrative around the privacy policy of the company. Peiter Mudge Zatko, popularly known as ‘Mudge’ has previously worked with Google, Stripe and DARPA (Defence Advanced Research Projects Agency) in the USA and commands respect in his circle.

“What we’ve seen so far is a false narrative about Twitter and our privacy and data security practices that are riddled with inconsistencies and inaccuracies and lacks important context. Mr Zatko’s allegations and opportunistic timing appear designed to capture attention and inflict harm on Twitter, its customers and its shareholders. Security and privacy have long been company-wide priorities at Twitter and will continue to be,” the company spokesperson said.

The disclosure comes at a time when the micro-blogging site is engaged in a legal battle with the Government over its order to block accounts. The micro-blogging site had moved Karnataka High Court in an attempt to get relief in executing arbitrary government orders. Twitter is also engaged in a legal battle with Elon Musk in the US.

India is placed third when in terms of total users. The US is placed at the number one position with 69.3 million subscribers as per the data. More than 17.5 million people use Twitter in India, according to data collected in 2021.