India plans to reduce GST on Cryptocurrency from 18% to 1%

Despite the growing popularity of cryptocurrencies in India, policymakers are split on how to develop a legislative framework that is appropriate. According to CNBC TV18 India, the government of India aims to categorize cryptocurrency exchanges as e-commerce platforms, lowering the Goods and Services Tax (GST) customers must pay per transaction, or per trade, from 18% to 1%. 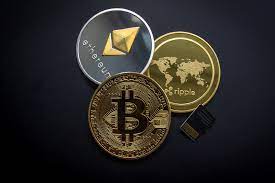 The Indian government now levies an 18 percent GST on transactions made on licensed cryptocurrency exchanges, which is passed on to customers in the form of trading fees. The procedure is identical to India’s stock brokerage tax protocol.

However, depending on the exchange’s legal domicile, the new GST proposal may result in higher tax payments for some customers. When conducting business with Indian people, the government may ask foreign cryptocurrency exchanges to levy the same 18 percent GST as local equivalents, according to Business Insider India.

In India, foreign crypto exchanges are usually free from GST registration, resulting in a significant tax disparity between customers of different exchanges.

The formation of a legal framework for cryptocurrencies in India has polarised Indian politicians. The proposed legislation includes everything from categorizing cryptocurrencies as commodities to outright restrictions on digital asset trade.

Last year, the Supreme Court of India overturned the Reserve Bank of India’s prohibition on banks conducting business with cryptocurrency businesses. In April 2018, India’s national bank, the RBI, issued a blanket ban on banks’ interactions with crypto companies, which took effect in July of that year.

The Internet & Mobile Association of India filed a case before the Supreme Court combining challenges against the central bank, following both public and industry-led petitions (IAMAI). In January of this year, hearings for the challenge were placed over two weeks.

According to a report from India Today, a group of hackers operating under the nickname ‘John Wick’ targeted Modi’s Twitter account narendramodi_in, which is linked to his personal website and mobile app.

Any proposed rule regulating cryptocurrencies, according to officials from India’s Finance Ministry, would most likely be introduced around the time the government delivers the Union Budget of India in February.

Officials from the country’s Finance Ministry said the possible legal structure would treat cryptocurrencies more like commodities than currency, according to a report. If passed, this measure would be a departure from the outright ban on digital assets that some Indian MPs have been seeking.