India has jumped from ninth to the fourth position on a list of countries, that received the highest number of spam calls, according to a new report by Stockholm-based caller-identification app Truecaller. The sharp rise is due to a huge increase in sales and telemarketing calls, which accounted for 93.5 percent of all spam calls in India. The report also revealed that one firm, the identity of which Truecaller did not disclose, was accountable for more than 202 million spam calls between January and October 2021. That equates to about 6,64,000 calls every day or 27,000 calls per hour.

Truecaller’s fifth edition of Global Spam Report, which monitors spam calls and how they impact people’s lives, revealed the spam call data. According to Truecaller, scam business continues to be a global threat since it is extremely profitable with very little effort and consequences. According to the report, among the most common scams in the country is the ever-popular KYC (know your customer) scam, in which fraudsters impersonate as a bank, wallet, or digital payment provider and request user KYC credentials as mandated by the Reserve Bank of India (RBI). 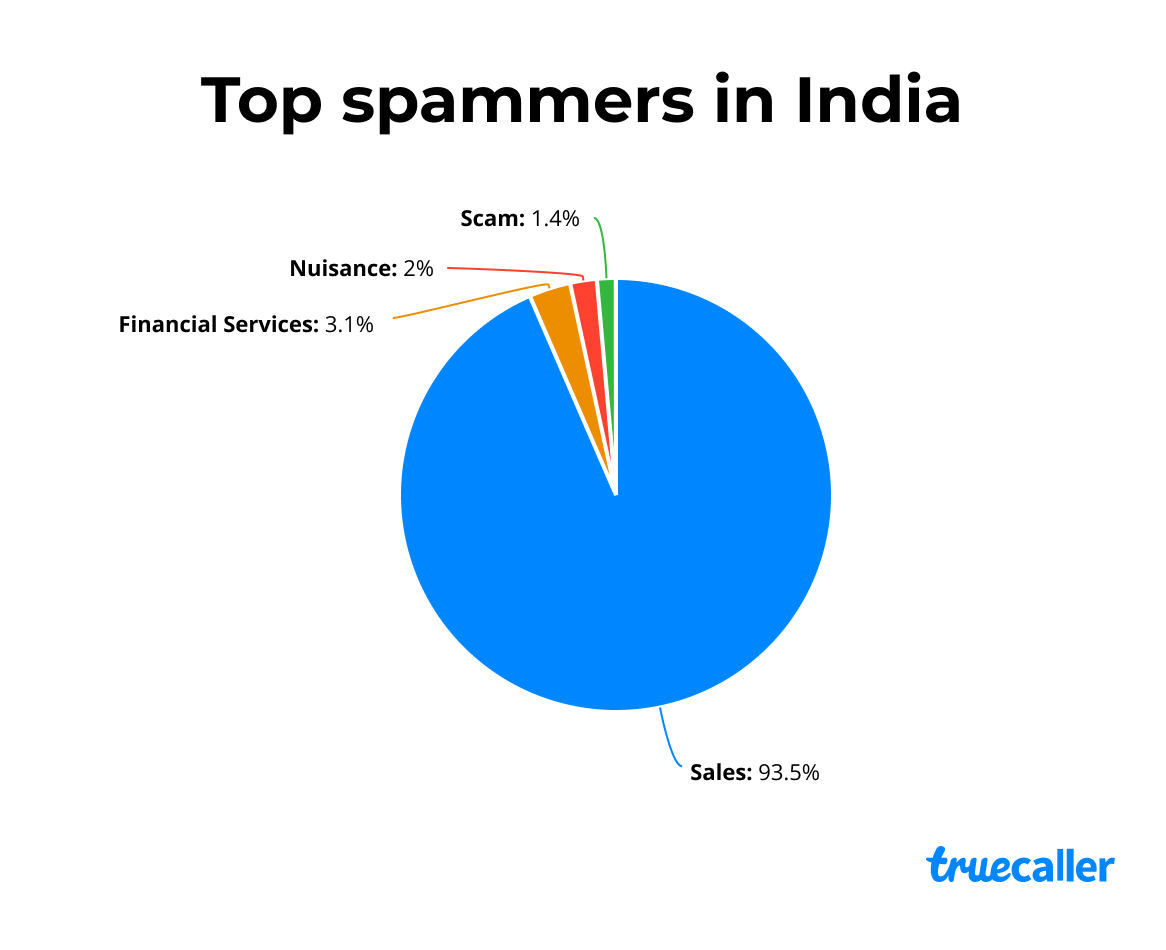 Rishit Jhunjhunwala, Chief Product Officer and MD of Truecaller India in a statement said, “We believe that spammers continue to get sophisticated with their methods. As we apply new machine learning and artificial intelligence models, we will be able to detect spammers quicker and more accurately as well.”

Although the amount of spam calls has pushed India to fourth position, Truecaller reports that the number of scam calls has plummeted to 1.4 percent, down from nine percent the previous year. For the fourth time in a straight, Brazil is by far the most spammed country in the world, showing that there has been no decline in the number of spammers in the country. Peru came in second place on the list, with an average of 18.02 spam calls per person. Ukraine ranked third, ahead of India. 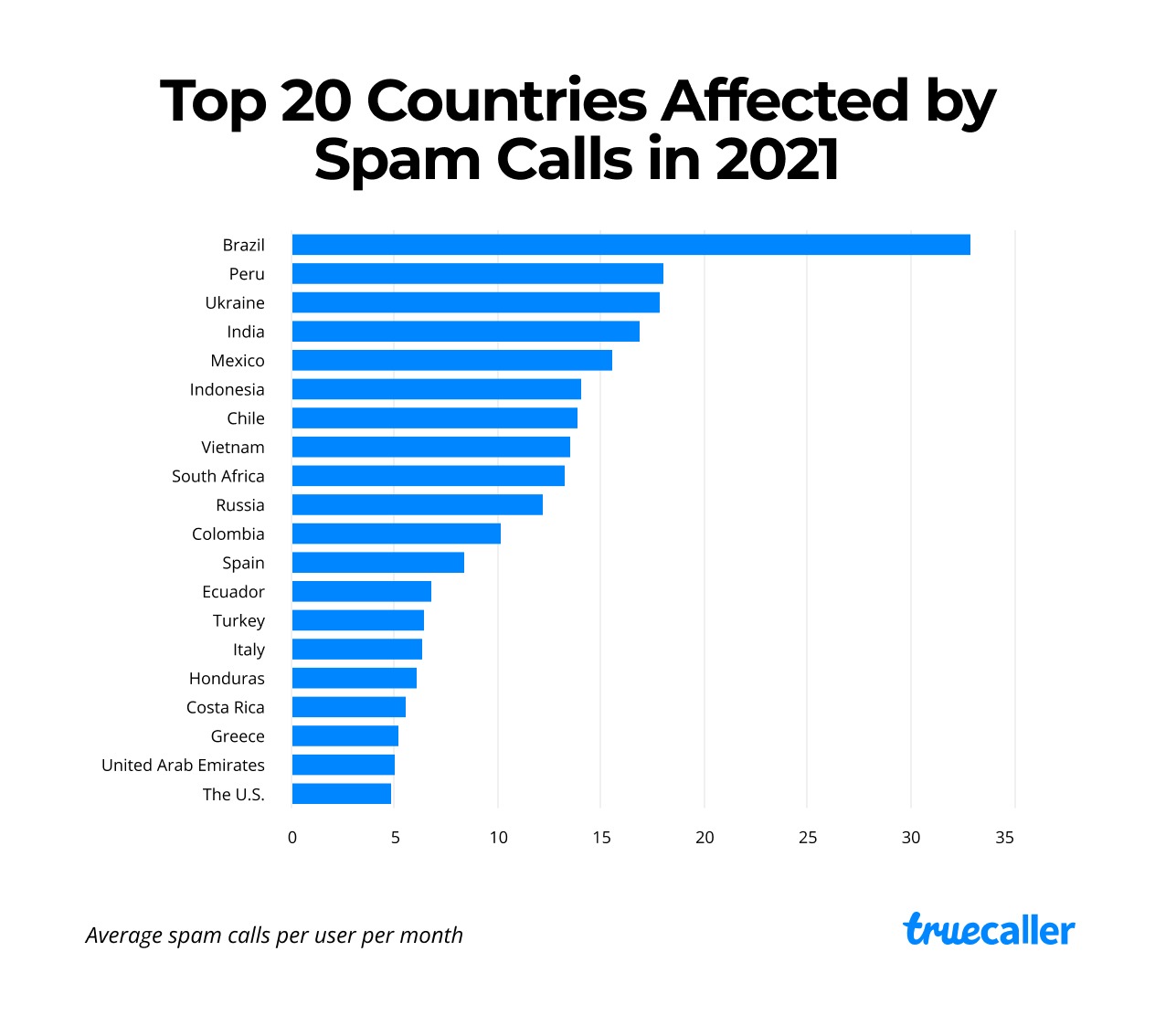 While Indonesia experienced a 2X rise in spam calls between January and October. Even though the country received roughly 12.6 million spam calls in January, that number is expected to grow to 25.8 million by October 2021. Indonesians reported receiving 14 spam calls per user each month on average.

In terms of call volume, March 2021 recorded an increase in calls. Since that the waves of COVID-19 were high, the spike in March can be attributed to spammers looking to make money on the opportunity. Truecaller’s global data counted 184.5 billion phone calls and 586 billion text messages. Truecaller found and blocked 37.8 billion spam calls amongst them. The app also filtered and blocked 184.5 billion messages. Truecaller has about 300 million active users globally. From January 2021 to October 2021, 99.7 billion users made calls and sent 7.8 billion messages.

The majority of the data, according to Stockholm-based Truecaller, was aggregated anonymously from incoming and outgoing calls from Truecaller users between January 1st and October 31st of this year, with users assisting in labeling a majority of the calls as spam and technology at the backend verifying the labels.