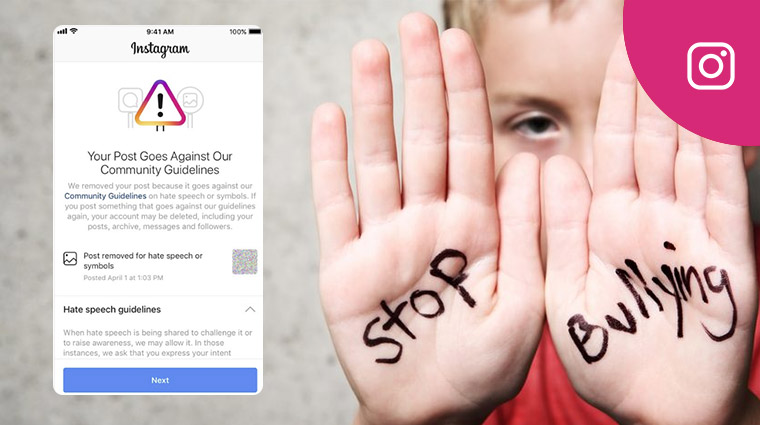 Facebook-owned Instagram is one of the most popular social media platforms of all time and people are using the application for personal entertainment, business growth and some are even building their personal brand on the platform. However, the popularity of the platform does not mean that it won’t have its downsides and honestly, it will take more than what the company is willing to do to curb these downsides.

Having said that, Instagram is looking forward to tackling hate speech and abuse on its platform, so that users feel safe and use the platform as they intend to without any mental pressure coming in from haters. Well, it’s easier said than done but we got to give points to the social media giant for trying.

There are thousands and thousands of complaints registered to Instagram every day, where accounts are being reported for inappropriate comments, verbal abuse in Direct Messages causing mental torture and stress. Facebook’s Instagram is rolling out a new feature to boost their already existing guidelines against these actions by filtering out emojis, word and phrases that one may find offensive and inappropriate.

As mentioned in a report by Money Control, apart from blocking out offensive words, abusive language from Instagram Direct Messages, the social media company is also making it extremely hard for people blocked by users, to circle back, contact them and attack through a different account.

Facebook Inc. is doing a good job tackling all of these problems on its main application and is now extending its action plans to Instagram to keep users safe from mental agony and abuse.

As mentioned in multiple reports, users can manually enable this feature by going into the privacy settings of the Instagram application. The option is customisable to filter out words, phrases and emojis that users wish to avoid receiving in their Direct Message requests.

Mind you, this feature will only work for Direct Message requests and not the inbox. Instagram has announced to roll out the feature in some countries within the upcoming weeks.

Instagram is the most popular social media platforms and reading abusive messages from strangers, especially on your content or pictures can be very disheartening. Some users even call the platform “full of toxic people”, making them quit the platform.

These activities are unethical and Instagram must take serious action on this type of behaviour by users. The guidelines imposed by the social media platform are clearly not enough to curb the issue; still, the effort of rolling out such features will count in a positive light.