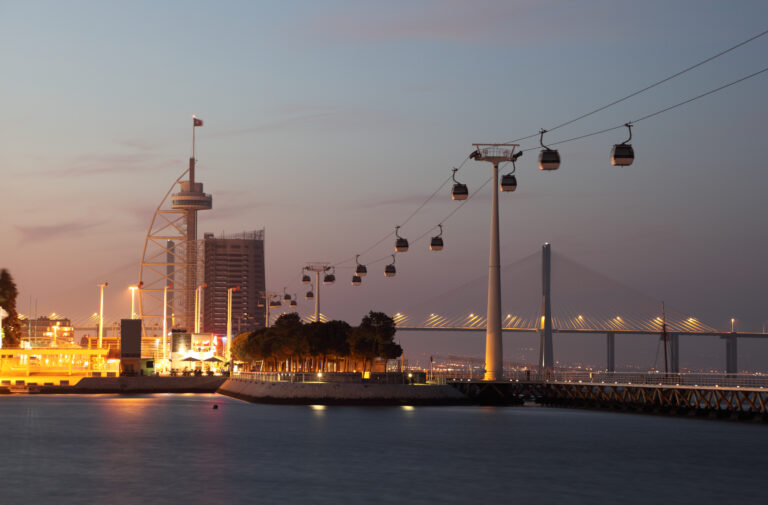 Over recent years, Portugal has steadily introduced itself to the world as a place with a promising future in tech.

While still at an early phase in developing its startup ecosystem, it is well on its way to becoming one of Europe’s top tech hubs someday. This can be particularly attributed to two successful moves by Portuguese policymakers to create a more business-friendly and attractive environment for young tech companies.

Portugal as a tech-friendly innovator

First of all, the capital of Lisbon managed to secure a 10-year deal to host the world’s largest technology event – the Web Summit. One of the conference’s main goals is to connect high-potential startups with a network of global investors and entrepreneurs. Since the event attracts most of the world’s biggest names in tech, such as Amazon, Google, and Microsoft, undoubtedly, many local startups have benefitted from this network of professionals. But, most of all, the event being hosted in Lisbon has firmly placed Portugal on the map when it comes to branding itself as a startup country.

Secondly, Portugal has established several visa programs for non-EU/EEA citizens that are further developing Portugal’s young business environment. First, there is the D7 visa (passive-income visa), which has already attracted hundreds of solopreneurs. Also, there is the brand new digital nomad visa, which is meant for a medium-term stay in Portugal for remote workers.

However, one of the most business-friendly programs out there is the Portuguese Golden Visa program, which offers a path toward EU citizenship by investing in Portugal’s economy. This can be done in numerous ways; however, if you are both looking for a residency in an EU country and would also like to get involved in Portugal’s startup scene, in particular, investing in early-phase Portuguese companies is a great option.

Investing in Portuguese startups with the Golden Visa

You can invest in Portugal’s startup ecosystem in one of two ways:

Of course, if you are looking for a path to residency with relatively little involvement, establishing your own company is probably not for you. That said, while it comes with a lot of oversight as a company owner, you could spend a lot less upfront in return for your permanent residency or citizenship.

The easier route would be to put your money towards a venture capital fund investing in startups. This way, you will not have to deal with the investment actively, but on the other hand, it requires at least €500,000 of capital upfront to meet the requirements.

While investment funds tend to have a medium to high risk, they also tend to yield higher returns than other Golden Visa options (like real estate investments). There are funds investing in startups across most fields, including most of tech, health and biotech, food, retail, and Web3, as well as impact startups focused on sustainable development. So you should be able to find an investment option that you feel comfortable investing in with regard to the level of risk and returns.

Either way, if you are seeking an EU path to citizenship and want to be involved in the startup community, Portugal offers paths for both those who want to be actively involved and those who passively wish to invest in early-stage businesses.