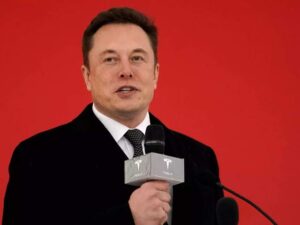 On Tuesday, May 10 the stock market took a particular view for the first time. It looked like billionaire Elon Musk would unlikely acquire social media platform Twitter for $44 million. He had previously bagged the deal to purchase the company for $44 billion on April 25.

On last trading day, April 1, prior to Musk revealing him amassing a stake in the company, its shares closed at $39.31. The possibility of the deal closing at that particular price dropped below 50%. This was when Twitter shares hit $46.75, based on the closing on April 1 and the deal price being $54.20 per share. In afternoon trading, Twitter’s shares fell as much as 3% to end up touching a low of $46.50.

“Having a public platform that is maximally trusted and broadly inclusive is extremely important to the future of the civilisation. I don’t care about the economics at all.’

The world’s richest man, Elon Musk bagged the deal to acquire social media company Twitter Inc on April 25. The chief executive of Tesla Inc and SpaceX was set to buy it for $54.20 after becoming its 9% shareholder previously.

The social media company stated at the time of the deal that the billionaire CEO has secured a debt of $25.5 billion. Additionally, he has come up with a margin loan financing, with a said provision of an equity commitment of $21 billion.

According to Forbes, the Tesla CEO’s present net worth is $268 billion. He had mentioned he was not necessarily concerned with these aspects of the deal. He stated how it was very crucial for the ‘future of civilisation’ to have such a ‘public platform.’ Such a platform that is ‘maximally trusted and broadly inclusive.’ Musk specified how he did not care as such about the ‘economics’ of the social media giant. He revealed these opinions of his in a recent public talk.

Musk’s acquisition has come forward as one of the most significant news in the tech world. With its successful acquisition, the billionaire CEO hopes to bring in a wide range of alterations to it in hopes of changing it for the better. One of the main issues that Musk wants to tackle is the right to freedom  of speech for users. Moreover, he hopes to remove spam bots from the user base of Twitter.