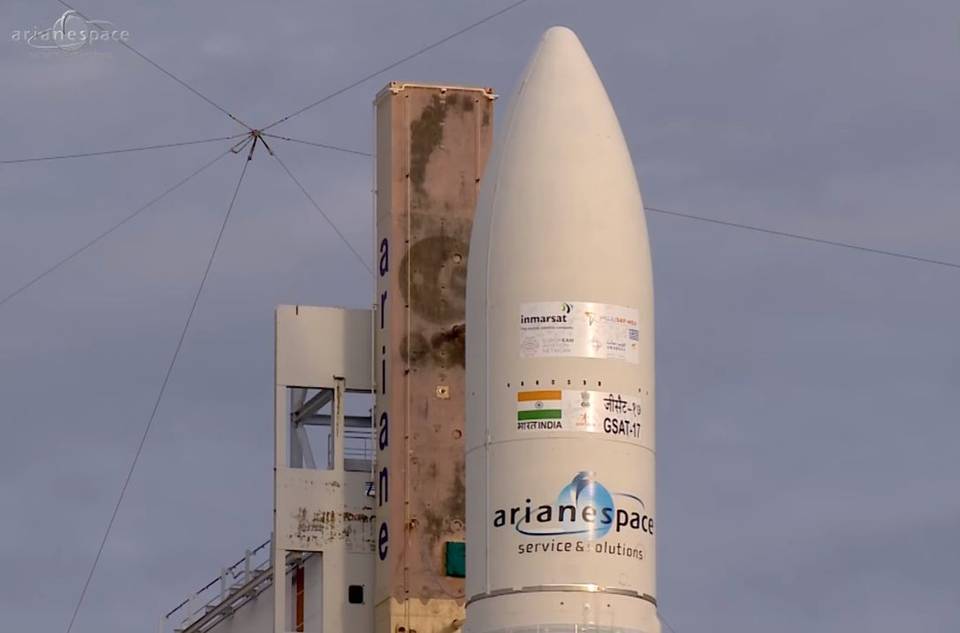 ISRO has once again successfully launched a communication satellite GSAT-17 by a heavy duty rocket of Arianespace from the spaceport of Kourou in French Guiana at 2:29am IST.

“It is to provide continuity of Fixed Satellite Services (FSS) in Normal C and Upper Extended C bands, as well as Mobile Satellite Services (MSS) in S-band and Data Relay and Search and Rescue services in UHF band – operating from a final orbital position of 93.5 degrees East,” Arianespace stated.

Congrats @isro on successful launch of #GSAT17,yet another feather in its cap.Keep flying high!

GSAT-17 is basically a communication satellite configured around I-3K extended bus with a lift-off mass of about 3,477 kg. GSAT-17 carries Payloads in Normal C-band, Extended C-band and S-band to provide various communication services. Built by ISRO, GSAT‑17 will strengthen its current fleet of 17 operational telecom satellites.

GSLV MkIII successfully launched GSAT-19 satellite on June 5 while PSLV-C38 orbited Cartosat-2 Series satellite along with 30 co-passenger satellites on June 23 from the Satish Dhawan Space Centre as per the report by ET.