Rome has reportedly granted conditional approval to Vodafone’s Italian unit, allowing it to make use of the equipment designed by Chinese electronic maker Huawei, so as to develop its 5G radio access network.

The deal received full authorization from the government in Italy, led by Prime Minsiter Mario Draghi himself, on May 20 this year. Nevertheless, much like most of its counterparts, this deal too, came with its own set of restrictions, including those on remote interventions by the Chinese firm for fixing any technical issues. Additionally, the security threshold has been kept quite high too, exemplifying how Italy always keeps national security paramount.

Hard for Huawei to Strike a Deal 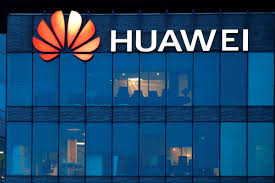 This comes even as the United States has been advocating against the use of Huawei (and rival ZTE) equipment by Italy and its contemporaries in the European Union in their futuristic telecom plans. It has been citing security risks for the same.

Keeping this in mind, Italy has been giving Huawei a tougher time doing business for the past year, despite not having banned it completely.

For instance, just last October, the company was prevented from having a deal with telecom group Fastweb, under the tenure of previous Prime Minister Guiseppe Conte. The deal in question had been towards the supply of equipment for Fastweb’s 5G network.

Under Italy’s law, the country has the right to block, or impose strict restrictions, on the functioning of deals which revolve around non-EU vendors. The powers have been by it three times in the past 9 years, so as to prevent foreign interest in industries, which can have a significant bearing on the country.

In case you’re confused on what the so-called “Golden Powers” are, they are a set of powers granted to the Italian government, so as to allow it to safeguard the ownership structures of firms directly involved with the national economy, especially those dealing in strategic and sensitive industries.