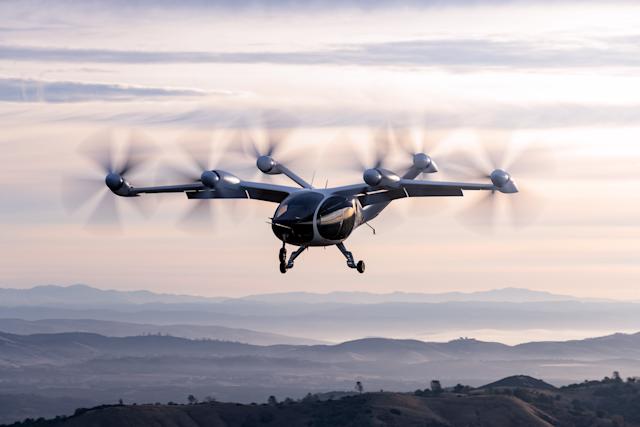 Joby Aviation received certification from the Federal Aviation Administration(FAA). The company can now start air-taxi operations commercially with a conventional plane. This is the beginning of, further proceeding to clear five-seater aircraft.

With this certification, the company will be operating an air taxi service with electric vertical take-off and landing (eVTOL) aircraft. Across the US communities and cities, these aircraft will be seen flying, and giving rides.  The permit is a crucial part of the company’s progress and a significant milestone. Joby still has to face certain regulatory hurdles before the five-seater plane gets approved.

The certificate now shows that FAA’s Part 135 Air Carrier was provided, among the three regulatory approvals that the company required. According to Joby, their plan is to launch an all-electric aerial ridesharing service in 2024. According to FAA, the Part 135 certificate was issued to Joby on May 19 “after they completed the five-phase certification process. Joby has one aircraft on the certificate, a CIRRUS-SR22.”

Furthermore, according to Joby, the plan is to use conventional aircraft “to refine systems and procedures in advance of launching eVTOL service targeted for 2024.” Joby stated that the approval was ahead of the schedule, as they initially planned the process to be approved by the second half of 2022. When asked about the statement, the FAA said it  “doesn’t set a schedule for applicants and can’t speak to their characterization of the timing.”

In February, Joby’s piloted prototype aircraft met with an accident during a flight test at its base in California but no injuries were reported. Earlier this month, FAA said it had shifted course on its approach to approving pilots for future eVTOL aircraft but does not expect it to delay certification or operational approvals.

The eVTOL aircraft have been touted as air taxis that could be the future of urban air mobility. The low-altitude urban air mobility aircraft has drawn a huge amount of interest around the world as numerous eVTOL companies have gone public. The FAA said in a statement it would pursue “a predictable framework that will better accommodate the need to train and certify the pilots who will operate these novel aircraft. “The flexibility, the FAA added, “will eliminate the need for special conditions and exemptions.

Joby reported a net loss of $62.3 million in the first quarter this year and flagged costs related to aircraft certification and early manufacturing operations. Many eVTOL startups are backed by major airlines or other large companies. Toyota Motor Corp has a stake in Joby Aviation. While Archer Aviation is backed by United Airlines and Stellantis NV. Also, Vertical Aerospace, a Bristol-UK-based manufacturer,  is backed by investors such as American Airlines Group Inc and Honeywell International.