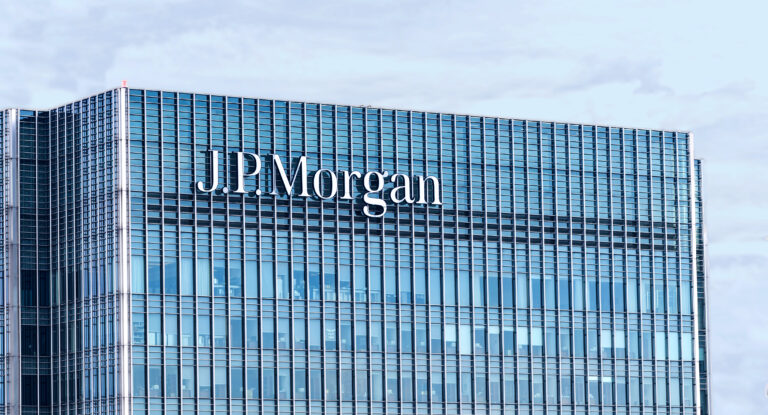 JPMorgan forecasts increased blockchain use in finance and is also preparing to offer services related to it. They have started using blockchain for collateral settlement recently. The pilot transaction took place on 20th May with BlackRock’s asset and was successful. The firm sees more potential in the industry as the crypto market grows.

JPMorgan on the use of blockchain in finance

JPMorgan has become very bullish about the future of crypto and the use of blockchain. The firm has recently given a $38k price target for Bitcoin in the short term and $150k in the long term. And then, it also announced the use of blockchain for collateral settlement after market hours. Implementing blockchain will also allow for a wider variety of assets to be used as collateral and make operations smoother.

Currently, tokenized collaterals are limited to derivatives, securities, and repo trading. But very soon, JPMorgan will also expand it to equities, fixed income, and other types. The head of JPMorgan’s Blockchain Launch team said that with time they plan to connect institutional investors with decentralized finance.

Their aim as a firm will not only be to provide needed support but also all the related services that are required with the use of blockchain in finance.

A while back, JPMorgan opened its first bank in the Metaverse in Decentraland. While the digital bank they opened there didn’t have much to do, the firm believes that the Metaverse will become a trillion-dollar market in the future. This will include advertising, digital events, and many similar things. It can also make its way into banking, but it’s difficult to say how that will be implemented.

Jamie Dimon is still not that bullish on crypto

It’s very rare when you see the views of a company contradict so sharply with its CEO. Jamie Dimon has always been negative about cryptocurrencies and even called them “worthless.” He thinks using the word “currencies” isn’t right as currencies have laws, central banks, and tax authorities behind them. His views haven’t changed even after JPMorgan is becoming increasingly bullish about the industry.

What are your thoughts as JPMorgan forecasts increased blockchain use in finance? And do you think more firms will start offering blockchain-related services? Let us know in the comments below. Also, if you found our content informative, do like and share it with your friends.