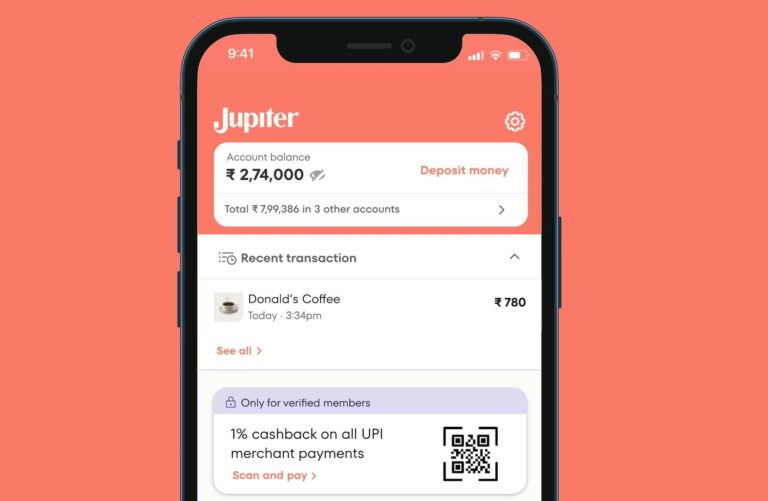 Mumbai-based Neobank startup Jupiter has raised $86 million as part of its Series C funding round, according to regulatory filings filed with the Registrar of Companies (RoC). This round was led by Virginia-based QED Investors and Sequoia Growth Fund, alongside other existing investors including Matrix Partners, Tiger Global Management, BEENEXT, and 3one4 Capital.

This is Jupiter’s second round of funding in 2021, a year that saw a remarkable rise in startup funding. According to sources, the round valued Jupiter at $711 million, up from $300 million in August when it secured $44 million in a Series B round of funding led by Brazil-based Nubank, Sequoia Capital India, Global Founders Capital, and Matrix Partners.

This is likely to be a part of Jupiter’s Series C funding round, which is projected to be worth $100 million. The remaining $13 million is likely to be raised in a secondary sale, with the company facilitating partial exits to its early investors.

Jupiter, founded in 2019 by Jitendra Gupta, the former PayU India CEO and Citrus Pay co-founder, offers a 100 percent digital savings bank account with in-built money management features such as real-time spend insights, individually tailored savings goals, tracking liquid assets across bank accounts, and sending/receiving funds via UPI. It also offers a Jupiter branded digital debit card. The startup has more than 500,000 downloads on the Google Play Store despite being in beta until June 2021. The app was made available to new users via an invite in October, and the company has partnered with Axis Bank and Federal Bank to provide its services.

The neobank startup, which also has its own non-banking financial company (NBFC) license, seeks to offer loans from its own book to offer individuals a credit line. Promoter stake in the company will reduce from 46 percent to 40 percent, according to regulatory filings, with the remaining 60 percent controlled by institutional and other investors.

In 2016, Gupta sold Citrus Payments to PayU for $130 million, and as part of the deal, he moved to the payment gateway firm. During his time at PayU, he managed the introduction of Lazypay, a pay-later service. At the time, the acquisition was one of the largest exits in the Indian fintech services industry.

The neobanking industry in India is expanding at an unprecedented rate. Jupiter faces stiff competition from companies like epiFi, Finin, FamPay, Hylo, InstaDApp, YeLo, PayZello, ChqBook, Walrus, and RazorPay X. Fintech was the second most funded sector in 2021, raking in over $7.4 billion in capital across 260 transactions until December 4, 2021.