Ken Griffin has softened his anti-crypto stance: ‘This call hasn’t gone well for me”

Ken Griffin, the CEO of investment firm Citadel and a vocal critic of digital currencies, appears to have modified his views on the subject. Previously dismissing cryptocurrencies as a “jihadist call” against the dollar, Griffin stated this week that “crypto has been one of the biggest tales in finance over the last 15 years.” 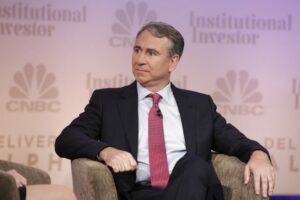 Crypto has been one of the biggest tales in finance

In an interview with Bloomberg, he claimed, “The crypto market today has a market capitalization of roughly $2 trillion in round numbers, which tells you that I haven’t been correct on this call.” The value of all the coins that have been produced in crypto is known as market capitalization.

Griffin, who is the world’s No. 40 richest person with a net worth of $30.4 billion, told Bloomberg that while he isn’t totally convinced on cryptocurrency, Citadel can’t ignore it any longer.

“I still have my doubts,” he continued, “but there are hundreds of millions of people in the globe today who disagree.” “To the degree that we’re attempting to assist institutions and investors with portfolio allocation issues, we must seriously consider becoming a crypto market maker.”

He went on to say that it’s “reasonable to anticipate” that Citadel will start working with cryptocurrencies “in the months ahead.”

Griffin, who told CNBC in 2017 that bitcoin has “many of the ingredients of the tulip bulb mania,” alluding to the period in the 1630s when the price of tulip bulbs surged before sinking, has reversed his position.

Griffin also expressed concern that crypto investors “don’t fully comprehend what they’re involved in” and cautioned that “bubbles tend to end in tears” in the same interview. Griffin told CNBC last February that he “doesn’t spend much time thinking about cryptocurrency.”

Griffin made news in the crypto world in November when he spent $43.2 million on a first-edition copy of the United States Constitution. ConstitutionDAO, a decentralized autonomous organization, had attempted to purchase the copy by raising more than $40 million in ether from its collective members, who included people in the cryptocurrency field and institutional investors like bitcoin exchange Gemini.

Griffin remarked after purchasing the book, “The United States Constitution is a precious text that enshrines the rights of every American and all those who want to be.” “That is why, in our museums and other public locations, I aim to make this copy of our Constitution available for all Americans and visitors to view and admire.”

Anyone interested in investing in cryptocurrency should do their study and understand the hazards, according to experts. You should only invest money that you can afford to lose in cryptocurrency because it is famously volatile.