Helmets are meant to protect your head, right? Well, thin again, because Kernel, a tech company based in California, is all set to start shipping a helmet that’s apparently worth $50,000, and is super special, to US customers . What’s special, you ask? Said helmet is said to be capable of analyzing the firing of neurons in one’s brain. In simple words, it can read minds, at least superficially. Interesting, huh? 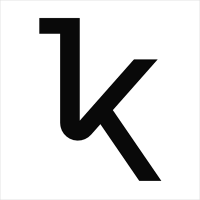 In a report by Bloomberg, it has been revealed that the helmet is a first of its kind, in being sleek, and, more importantly, actually affordable to a great many people, instead of its predecessors (yes, mind-reading gadgets are not exactly new), which usually used to cost a whole fortune, and took up a lot of space, sometimes as much as a whole room.

A Commercial Way to Read Minds

With this, Kernel hopes to commercialize the technology by manufacturing it in a miniature format. This could have several implications, particularly for the future of brain research, since instead of having to stay stuck to a huge machine, participants can simply wear the helmet and walk around all they want. This, in turn, might also help ease their nerves, allowing for easier interpretations.

Kernel has come up with two distinct interfaces in the form of helmets. The first brain interface driving the helmet is called “Flow”, and is so-designed to record real-time data by making use of lasers while establishing “precise patterns of brain activity”. For using it, consumers need to plug the helmet into a computer, using a USB-C type cable. The lasers pass right through the user’s skull, so that brain activity can be recorded. This makes it different from other technologies like Neuralink, which implant chips right inside your brain. However, this decreased invasion also makes the system more prone to failure and confusion.

The other helmet by the company is titled “Flux”, and has been created to measure and record the “speed of neurons in real-time”, while providing information about the “intricate brain activity underlying functions such as arousal, emotion, attention, memory, and learning”, the company claims. However, there is no information on which of the two helmets will sell for $50,000.

Flow can detect when blood oxygenation levels change, which with Flux, a process known as magnetoencephalography is used, which is the brain’s magnetic field and activity through neuroimaging.

The company is currently looking to provide the first supplies to researchers, and firms wanting to get better insight into their customers.