Lamborghini announces its plans to have all-electric vehicles in the future. From next year the company will start having electric motors in its models which will include hybrid and plug-in models. The CEO also confirmed that their first all-electric car will be its first four-door car. 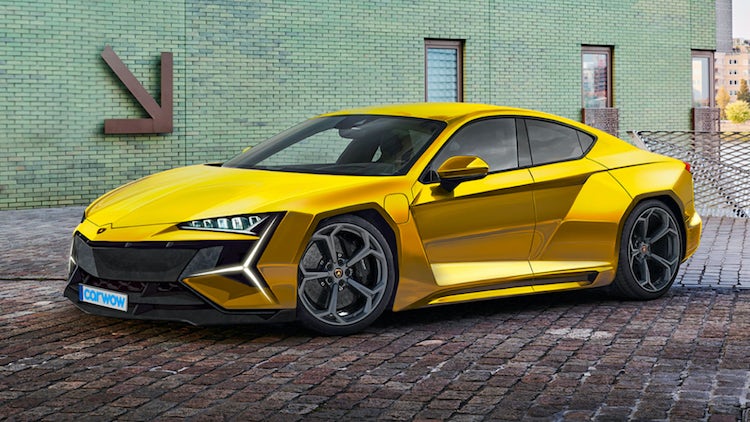 For a long time, the Italian supercar maker has dismissed the idea of battery-electric vehicles being an option for high-performance cars. Back in 2018, the Chief technical officer in Lamborghini Maurizio Reggiani stated, “Our target is to deliver a super sports car, and these specifications don’t exist with a battery package in terms of energy and power.”

Things are changing now, as last year Rimac entered into the market with its luxury sports car vehicle, Nevara which broke Tesla Model S Plaid records. Also, luxury car makers like Porsche are investing in technology. Also Lamborghini’s parent company Volkswagen is breaking records with its EV, VW ID.R in the EV market. Eventually leading to the time when last year Lamborghini came forward and stated that they will enter into the all-electric vehicle market by the second half of the decade. Now it looks like the company is going forward much faster than planned.

Furthermore, there are more details about its electrification plans this year.  CEO Stephan Winkelmann stated that this year will be the last year when the company will solely offer combustion engine vehicles. From next year they will be offering hybrid and plug-in vehicles. Eventually, they will also include all-electric vehicles.

Speaking of that all-electric vehicle, Winkelmann says that Lamborghini is now leaning toward a four-door vehicle for “daily use.” But for now, the automaker will focus on hybrids. When Autocar asked Winkelmann about whether Lamborghini is ready for such electrification, he replied, “For sure, they are ready for hybridization because we always said we don’t need to be the first ones, but when we kick in, we need to be the best, and this is something we strongly believe is going to happen.”

According to the details revealed, the lineup in upcoming years would look something like the following,

As more automakers are entering the market, it has become crucial for traditional automakers to advance their developments. Despite the contradictory beliefs in the past, there is a need to shift to electric vehicles now. Rimac’s Nevara is a new automaker that has made just one model so far but has broken many records already. Implying that the standards are high if a luxury sports car maker wants to stay at the top in the coming years.