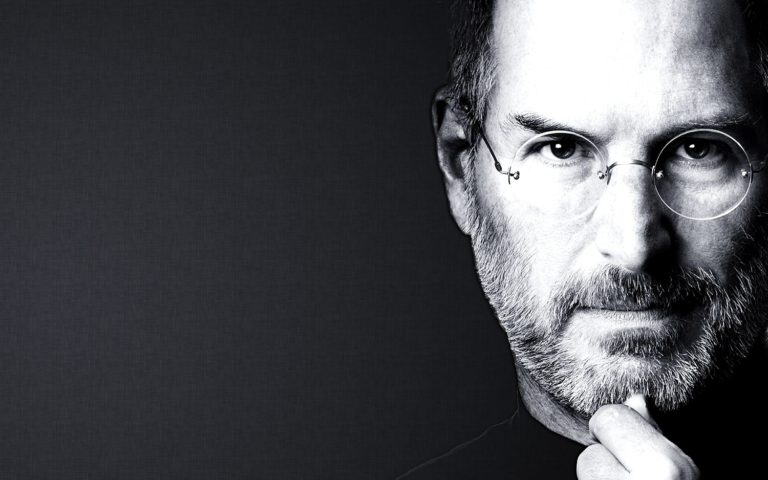 Consider this statement by Jobs’ wife, Laurene Powell, “We spent a lot of time asking ourselves, ‘What is the purpose of a sofa?’

You may find it hard to believe but this had been the guiding principle of the crazy artist-engineer leadership-mascot called Steve Jobs. The artist in him loved beauty and beauty is simple, an elegant solution to a complexity. Apple has changed the world not just because Jobs was a marketing whiz but because there is this element in all of its products that made Bill Gates say, “I wish I had Steve Jobs’ sense of design.”

He was not THE BEST on the techie front but he was a brilliant salesman. It was said that he could make you believe even in the most bizarre lies. However, the least talked-about aspect of his marketing has been how he wove spirituality with it all.

Jobs was a self-proclaimed Buddhist and, in America, Buddhism wasn’t just an exotic religion in fashion, at that time, it was a veritable brand. While it cannot be said that Jobs had a fleeting respect for all things spiritual but he wasn’t devout. He could leverage his association with Buddhism and he did, turning an ordinary company into some sort of a mythical cult. Most importantly, one of Apple’s greatest accomplishments is believed to be wrapping their devices in a “spiritual veneer.”

Jobs was impossible to work with, to put it mildly. He was not just demanding, he was positively condescending, possessing this weird knack of identifying exactly the thing that could provoke a person. And he challenged and challenged all those who worked with him until something great burst forth or he decimated them. He was neither modest nor polite. He delivered his criticism unwrapped by niceties.

How is this a stroke of genius? It inspired – one way or the other – a response that proved to be game-changing.

Now, there is a lot of philosophy, Platonism and Bauhaus here but you just cannot understand Apple’s philosophy without understanding the philosophy of its design. Jobs and Jonathan Ive worked closely held by this minimalistic-spiritual kind of aesthetics about design that Braun’s electronic gadgets embodied.

Talking on Sony’s designing, this is what Jobs had to say, “What we’re going to do is make the products high-tech, and we’re going to package them cleanly so that you know they’re high-tech. We will fit them in a small package, and then we can make them beautiful and white, just like Braun does with its electronics.” Simple, sleek and solid German designing that sparked a revolution.

According to Jobs, every product has its essence and the job of a designer is to identify and reveal it in the form of a prototype having an effortless integration. Almost like uncovering a product’s very reason for existence.

“Pure” was the biggest compliment Jobs could bestow. He wanted Apple computers to be “bright and pure and honest,” taking designing to the level where products could look almost like they were “born” and not cobbled-up with screws and what not.

Travel! Only traveling can unleash your mind’s genius!

Just kidding but not really. Jobs was a product of many things. Eccentricity and clarity existed in his mind side-by-side at any given moment. He was a narcissist but he knew to his bones that he was right in his vision. Such people are called “force of nature” leaders, whose drive and motivation seem almost otherworldly. Like they knew what they are going to be and everything they are doing fits right in the design of their visions.

Jobs – for his part – was born out of wedlock, was put up for adoption, dropped out of college, traveled, read, absorbed and changed the world.

Colonel Sanders – The Man Behind KFC