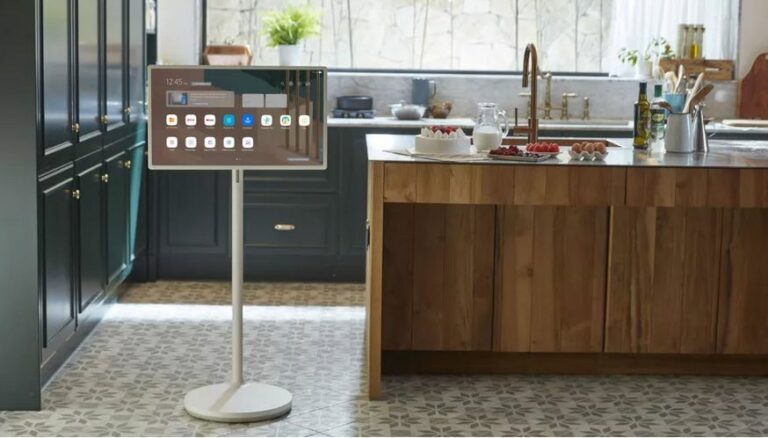 LG is preparing to take on Samsung in a new way, with its own range of design-focused TVs that will inject some aesthetic flare into the mostly homogeneous world of smart TVs. LG’s initial Objet Collection TVs, the Objet and the StanbyMe, compete with Samsung’s Lifestyle TVs such as The Frame and Sero TVs.

The Objet and StandbyMe, officially designated as the 65Art90 and the 27Art10, are two very distinct twists on the standard TV. The two new TVs will be unveiled at the CES 2022 in Las Vegas as part of LG’s Objet Collection of designer appliances, which currently comprises high-end products for kitchens and the home.

The new models push TV design in two very different ways while maintaining the emphasis on premium design, high-quality materials and finishes, and individual use. The LG StanbyMe 27Art10 is the company’s first new Lifestyle TV, a 27-inch do-anything display with a built-in stand with wheels and an integrated battery for completely wireless usage everywhere in the home.

The tiny display is intended for intimate, personal usage by one viewer, rather than the multiple-viewers that most current TVs are designed for. The StanbyMe is intended to be utilized around the home, from TV viewing to video conferencing, virtual class lectures, and more, thanks to its battery-powered mobility and adaptable stand, which offers swivel, rotation, tilt, and height adjustment.

With an NFC tap-to-pair capability and optional phone cradle, screen mirroring is effortless for both Android and iOS phones.  It’s also designed to be significantly more interactive than LG’s normal smart TVs, featuring touch and gesture capabilities in addition to the traditional remote.

As part of LG’s Lifestyle TV portfolio, the elegant white stand is complemented with a beige fabric back cover on the TV chassis and a base that covers the built-in wheels that allow you to effortlessly move the set about the house.  The StanbyMe’s design is intended to allow you to use it as easily in bed or at a workstation as you would viewing a standard TV from the sofa.

The StanbyMe appears to compete most directly with the Samsung Sero, which also features an integrated stand and rotating display, due to the ease of NFC pairing and the swiveling screen. The LG Objet TV is designed to allow a large screen TV to be hidden away when not in use, with a fabric cover that can be lowered to reveal the 65-inch 4K TV underneath, or raised to conceal the TV screen behind a panel of designer fabric that is designed to blend seamlessly into the most sophisticated room designs.

The slender Objet 65Art90 is designed to be leaned against a wall like art on an easel, with a built-in frame stand and a minimalist aesthetic that continues to the TV’s cable management and streamlined design. The cloth cover is created by the Danish textile company Kvadrat and is available in three separate hues (Kvadrat Beige, Kvadrat Redwood, and Kvadrat Green), each intended to harmonize and integrate with a wide color range.

Behind the cover lies a rather capable TV, as well. The Objet is a 65-inch OLED TV using the same revolutionary OLED evo technology that LG launched on the LG G1. It is identical to the Editor’s Choice LG C1 OLED or the premium LG G1 OLED, which has a thinner Gallery design. With 80 watts of 4.2-channel sound and an advanced processor (no word on which, as it’s part of LG’s unannounced 2022 lineup), the TV packs powerful sound into its slim design.

It also adopts a feature from the ridiculously costly LG Rollable OLED with Line View – LG’s moniker for a screen mode that only uses the top third of the display – with the fabric cover only partially retracted. In-Line View mode, you may use the TV as a Date & Clock display or a music player without turning it on completely. With LG’s Gallery mode, the display may also display artwork while it is not being used for ordinary viewing.

Has LG revealed the TV officially?

LG has still not disclosed availability or pricing for the LG Objet TV (model 65Art90) and LG StanbyME (model 27Art10), but the two products will be fully unveiled at the CES 2022 in Las Vegas.