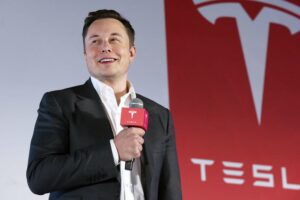 Elon Musk, the CEO of Tesla and SpaceX, has been selected Person of the Year by ime magazine.

“Person of the Year is a marker of influence,” Time editor-in-chief Edward Felsenthal wrote. “Few individuals have had more influence than Musk on life on Earth, and presumably life off Earth as well.” “In 2021, Musk became not only the wealthiest person on the planet, but also probably the wealthiest representation of a huge transition in our civilization.

Musk had a good year, gaining notoriety for being the world’s richest person, thanks in part to the jump in Tesla’s (TSLA) stock price. Musk’s SpaceX company launched the first-ever voyage to Earth’s orbit with a crew made up entirely of tourists rather than professional astronauts.

He agreed to an arrangement that required Tesla lawyers to authorise tweets that would damage shareholders, but two tweets, according to a recent Wall Street Journal investigation, were in violation of that agreement.

Musk’s “persona,” as Felsenthal described it in his piece announcing him as Person of the Year, is a “blunt weapon that frequently seems to revel in divisiveness and violent mocking,” which the public sees through his frequent use of Twitter.

The safety of Tesla vehicles has also been questioned. The company’s Autopilot software is being investigated by the federal government for incidents involving parked emergency vehicles, and a recent New York Times storey raised concerns about the software’s safety. Musk addressed some of the issues in a sit-down interview with Time.

“I believe the data are incontrovertible at this time,” Musk stated. “There are significantly more incidents off Autopilot than on Autopilot.” “This is not to imply that Autopilot is perfect. Now you get to complete self-driving where you don’t have to pay attention. We still have a lot of work to do.” In 2019, Time expanded the “Person of the Year” tradition by introducing new categories. Olivia Rodrigo, a pop sensation, was voted Artist of the Year this year, while Simone Biles, a four-time Olympic gold medalist, was chosen Athlete of the Year. The scientists behind the mRNA covid-19 vaccine, Katalin Kariko, Barney Graham, Kizzmekia Corbett, and Drew Weissman, were named Heroes of the Year, formerly known as “Guardians.”

Person of the Year was unveiled on Time’s own YouTube channel, which was developed by its own video subsidiary, Times Studios. This is in sharp contrast to previous years, when Time would do the big reveal on broadcast television in collaboration with NBC. Time will reveal the winners in a prime-time show on NBC in 2020. Previously, the picks were announced on “Today” in the morning.