Light follows darkness. Peace follows war. And, apparently, love follows hate. How else can you explain the latest trending hashtag on Twitter where a set of people are determined to express their love for the Tesla CEO, and another set is all set to make fun of the same. The reason for this sudden outburst of love can be traced back to the hate and criticism that flooded Twitter only a day before following the Anonymous video that sent a warning to Elon Musk, opening a can of worms. 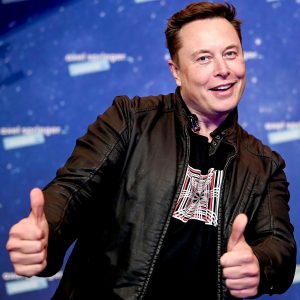 Apparently, a group of people were not ready to be silent audience and came to the forefront to make it known that the Tesla CEO is not alone(Weirdly enough, that rhymes a lot with Elon). However, every action has an equal and opposite reaction, and who are we to defy science. The flood of love was then followed by a tempest of memes and jokes taking sharp jabs at those expressing and declaring their unconditional love for the man. As of now, on Twitter, you can see a balanced equation, with an equal amount of love and criticism for the same. And after all, balance is very essential when it comes to life.

Here is a compilation of the best memes and responses from Twitter. Twitterati never gets tired of memes.

Some things do not need any explanation

#WeLoveYouElon is trending and this meme is perfect for it. pic.twitter.com/WwwSfrmDxj

Isn’t there an age-old saying that “Love is blind.”

Nothing can trump the love of a mother though. There is never a moment when a mother isn’t proud. And with Mars on his shoulders, it is all the more valid.

So happy #WeLoveYouElon is trending. Hope he has this huge smile now. The world is on his shoulders. Also, Mars 😏 ⁦@elonmusk⁩ #ProudMom 🥰 pic.twitter.com/JGmsQx6IDf

#WeLoveYouElon is trending. So I just want to say how thankful I am for Elon. We all appreciate every thing you do. You truly are such an inspiration. Thank you Elon, we love you. 🤍

“This may sound corny, but, love is the answer.” – @elonmusk pic.twitter.com/e5gkzUSgRm

Well, how things can change in a day. After all, the author, Gayle Forman was right when she said “anything can happen in a day.”

The man who brought fun and humor to the world of Space, tech and business💜. @elonmusk #WeLoveYouElon pic.twitter.com/SyhHsZipnI

Not everybody loves everybody and there is nothing we can do about that. Maintaining

.@ElonMusk is no stranger to jokes that become reality

Some things cannot be overlooked.

Some people may say #WeLoveYouElon but these African kids mining your lithium sure don’t pic.twitter.com/zGgLEn5wrv

Sometimes, it is hard to explain the reasons for love.

this entire hashtag is filled with cucks who still think billionaires give a single damn abt them lol #WeLoveYouElon pic.twitter.com/CIJjAPSF16

At this point, a box of tissues is unavoidable.

#WeLoveYouElon, you are my greatest inspiration — thank you for being you, and for sharing your gifts with the world pic.twitter.com/rnnEZ0Rsau

You cannot choose who you love. There is way too much love to make a romantic drama.

#weloveyouelon You are focused and working on more then I could ever do! pic.twitter.com/m29ufmBtxU

All that is needed now is some mellow background score to hit the right nerve. Or perhaps, some more on-point sarcasm to balance the love burst.