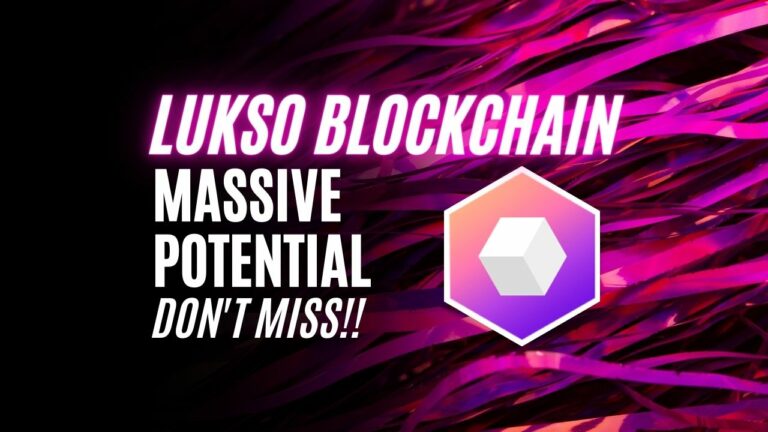 LUKSO: Everything you need to know

Cryptocurrencies have been around us for quite some time now and over the past couple of years, we have been witnessing a surge in the industry’s overall growth and popularity. The crypto world has definitely been more than successful in luring in potential investors from all across the globe and has managed to make a name for itself in the global marketplace.

Having said that, I believe, a majority of you are already familiar with the basics of the industry but, if for some reason, that’s still not the case, let me help you with that first.

To begin with, cryptocurrencies are nothing but a form of digital currency which just like physical money can be used for a variety of purposes including the purchase and sale of goods and services as well as for the purpose of trade and exchange over cryptocurrency exchanges online.

In other words, crypto is a blockchain-based platform that is said to be decentralized to its very core. Now, being decentralized, the industry is more than capable of stepping outside the overall control and jurisdiction of central authorities and can work freely without any unnecessary government interference as well.

Moving further, when the industry was first introduced in the global marketplace, unlike what we see around today, there were not many currencies to choose from and honestly, not many investors were lining up to be a part of it either.

As mentioned, that is not the case anymore. Today, there is an entire pool of currencies for you to choose from, with newer ones coming in with each passing day and tons of new investors joining in every hour.

Not just that, some of the major contributing factors for this huge leap forward include its portability, intuitive nature, ease of use, the convenience it offers, volatility as well as high-profit margins of course.

Being volatile, you should probably be aware of the fact that, the price fluctuations in the crypto marketplace are almost instant, thus leaving no time to predict and plan accordingly. Therefore, whenever dealing in virtual currencies, keep in mind that, if the industry is providing you with a platform to earn huge profits and make quick money, if not done right, you could also end up having significantly huge losses as well.

Speaking of a lot of currencies available today in the marketplace, it is worth noting that, some of the popular ones for you to invest in right now includes Ethereum, Cardano, Bitcoin, Polkadot, Binance Coin, Bitcoin, Baby Doge, Dogecoin as well as EverGrow Coin to name just a few of course.

Now that you have a brief backstory about the crypto world, you will be able to have a much better understanding of what we have with us today, LUKSO. To know more, I suggest you read further!

Everything to know about LUKSO (LYXe)

LUKSO or as commonly referred to as LYXe is nothing but a multiverse blockchain network where the worlds of gaming, design, fashion, as well as social media, intersect. In other words, LUKSO aims at bringing Blockchain to the masses with the help of its industry involving standards processes, an innovative new direction of decentralized applications as well as its smart contract-based blockchain.

As per the platform’s website, LUKSO describes itself as simply a Blockchain infrastructure that is said to provide a series of standards as well as solutions for digital and physical consumer goods to foster circularity, transparency, and newer forms of responsible production and consumption.

Before moving on any further, it is worth noting that, LUKSO, the blockchain for new virtual lifestyle is known to be created by Fabian Vogelsteller, former Ethereum developer and author of ERC725, ERC20, as well as web3.js.  Also, LYXe is said to be the native utility token of the LUKSO platform that can indeed be used for a variety of purposes on the platform itself, which as a matter of fact, also happens to be the world’s first-ever Reversible initial coin offering (rICO) project.

Moving further, as mentioned, LUKSO is soon to introduce tools and standards that will help enable an entirely new economy based on Digital Certificates, Cultural Currencies a well as Universal Public Profiles. Basically, the platform is said to offer the foundation for new forms of sustainable ownership management as well as automated economic interactions.

In addition to this, LUKSO is a decentralized Proof-of-Work (PoW) blockchain that is majorly focused on the fashion industry, where Ethereum is to be used as collateral. Apart from this, the LUKSO ecosystem is said to consist of majorly four components including the LUKSO Orchestrator, Pandora Execution engine, Validator Client as well as The Vanguard Consensus Engine.

On a fairly similar note, the LUKSO blockchain that we have been talking about supports three major pillars, the first of which is Data Governance, which refers to LUKSO offering a universal, self-sovereign, and transferable identity, while enable users on the platform to prove their identity and take all the information with them, as and when they decide to leave the chain.

The second pillar for the LUKSO blockchain is virtualization, which is all about building virtual assets as well as services in the digital ecosystem and lastly, we have tokenization of assets, based on the so-called concept of digital collectibles.

As mentioned earlier, LUKSO’s goal is to create an entirely new set of applications that are focused on creativity, fashion, games as well as life cases. As a result, the team actively communicates with fashion brands and is also said to be in touch with many English Premier League football clubs.

Furthermore, the platform aims on creating a fully digital fashion experience, purchase virtual clothing, create identities for users’ avatars as well as build a virtual economy of sorts for a 1.4 trillion dollar industry. Not just that, as you probably know by now, the LUKSO blockchain will be a smart contracts blockchain, which is said to be based on the Ethereum Virtual Machine (EVM).

As a matter of fact, LUKSO may just be the first-ever blockchain worldwide to adopt as well as run the Ethereum 2.0 Proof-of-Stake consensus algorithm, which is also referred to as the combination of both Casper as well as the EVM smart contracts execution engine. In addition to this, LUKSO might have started with the public chain but as a matter of fact, it is not just limited to it and is focusing on creating a democratic, innovative, vibrant as well as fashionable virtual economy circle.

Lastly, as we have understood by now that blockchain technology can be more than useful in creating virtual worlds, especially when moving from physical items to virtual goods, it is possible to make use of the advantages of cryptocurrencies. LUKSO is known to map physical commodities to the virtual network with the help of “digital twin” technology which is said to make use of blockchain technology to ensure uniqueness as well as authenticity in virtual commodities.

Now that we have talked much about LUKSO, some of you must be wondering, whether or not it is a good idea to invest in the platform? If that’s the case, then let’s find out, shall we?

As of today, the price of LUKSO is about 14.69 US dollars with a twenty-four-hour trading volume of 1,919,310 dollars. Not just that, in just the past twenty-four hours, the value of LUKSO has gone down by 8.28 percent, and with the current market cap of 223,378,446 US dollars, LYXe is currently placed at #279 position as per the CoinMarketCap rankings.

Also, it is worth mentioning that, the current circulating supply of LUKSO 15,205,916 LYXE coins, with a maximum lifetime supply of about 100,000,000 LYXE coins. In just the past week alone, the price of the platform has fallen by 17.37 percent.

Reading so far, you must have gotten a fair understanding of the platform and by now, you should be able to figure out on your own whether or not investing in LUKSO is the right thing for you to do. Seeing what it has to offer when combined with its performance in the recent past as well as its plans for the near future, I certainly believe that LUKSO can prove to be a profitable investment in the near future, which is likely to provide you with higher returns and it is a possibility that your current investment may increase in value. But again, nothing can be said or sure!

If still not convinced, see it this way that, if say you buy LUKSO worth a hundred dollars today, you will receive nearly 6.826 LYXe. According to the analysis done by experts on the field, after five years of your investment, the return is expected to be about +584.81 percent and thus, your current hundred-dollar investment will be nearly 684.81 US dollars in 2026.

As mentioned at the very beginning, crypto is a highly volatile marketplace and is extremely uncertain. Thus, It is very important for you to understand the fact that just like any other currency in the crypto marketplace, LUKSO does have its own risks as well and you should invest only if you are willing to take those risks and bear any and all losses if at all necessary.

If you are wondering, where can you buy LUKSO? Let me help you with that. Currently, LUKSO is available on all major crypto exchanges but, some of the popular exchanges that have LYXe listed on them include KuCoin, Uniswap (V3), Gate.io, ZT as well as Uniswap (V2) to name a few.

In conclusion, what are your thoughts on LUKSO? Do let us know in the comments area below. To know more about various cryptocurrencies, do check out other articles we have on our website. Thank you for your time & if you found our content informative, do share it with your investor friends!

Also read: Cosmos: Everything you need to know