Mark Cuban says 80% of his new investments are in crypto

Mark Cuban, the owner of Dallas Mavericks said that 80% of his new investments are in crypto. The remaining goes to Shark Tank which is a reality show where the panel invests in good ideas pitched by startups/individuals. Mark is well known for his pro-crypto stance. In fact, he is also a big doge guy and the Dallas Mavericks online store accepts Doge for this reason.

Mark Cuban on crypto and investments

He isn’t very focused on the price action of cryptocurrencies like Bitcoin and Doge. The idea that appealed to him was the decentralization fact which gives investors or token holders voting rights on the project. This helps them control what is happening and where things will be after a period of time. Mark Cuban isn’t making many traditional investments right now. In fact, 80% of his new ones are in or around cryptocurrencies. So, it says that he doesn’t invest everything in cryptocurrencies directly.

Mark also compared cryptocurrencies to the beginning of the internet and thinks that it is the same as 1995 but only for crypto. The new decentralized and trustless models are the future and are bound to disrupt all industries be it banking, insurance, or something else. He also agrees that crypto is not very easy to understand but with time it will become much easier. 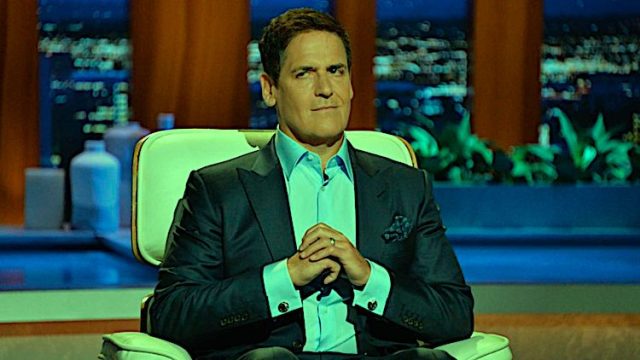 About 5 years from now, Mark Cuban was more or less today’s Peter Schiff. He hated Bitcoin and would have bananas rather than getting it. His idea behind the same was that bananas can at least be eaten while BTC isn’t even physical. But with time people and their ideologies change and that’s the case with Mark Cuban as well. He has invested a lot in crypto in the past year or so and has also backed a lot of new projects. Some of them are doing well and some are not but that’s the point.

One of those failures was the Titan Token that fell from $60 to less than $1 in under 24 hours. Mark Cuban also lost $8 million dollars in this investment.

What are your thoughts as Mark Cuban says that 80% of his new investments are in crypto? And do you think that the reason Mark changes his view on BTC was the insane rally in 2020 and 2021? Let us know in the comments below. Also, if you found our content informative, do like and share it with your friends.