Founder and CEO of Meta Platforms Inc, Mark Zuckerberg, in a question-answer session with employees, told them that he will “weed out underperforming employees” by conducting performance reviews.

This is expected to be part of the company’s plans to brace for a recession in the United States of America.

On Thursday, Mark Zuckerberg was talking to his employees in a weekly question and answer session when he said that the current economic events have been the worst in the history of the organisation. He went on to say that there are some people in the company who are not supposed to be working there.

By increasing the intensity of goals, and conducting performance reviews n a regular basis, Mark expects few employees to understand that they have no place in the firm and leave on their own.

The global economic market is tumultuous and with no escape options in near future, the company is expected to take huge hits in the stock market and other segments. With the increasing inflation coupled with issues in the US stock markets, all technology companies are expecting a backlash in the economy sooner.

What puts Meta Platforms more in a vulnerable position is the fact that the decrease in stock market prices of Meta is worse than other tech companies such as apple and google. 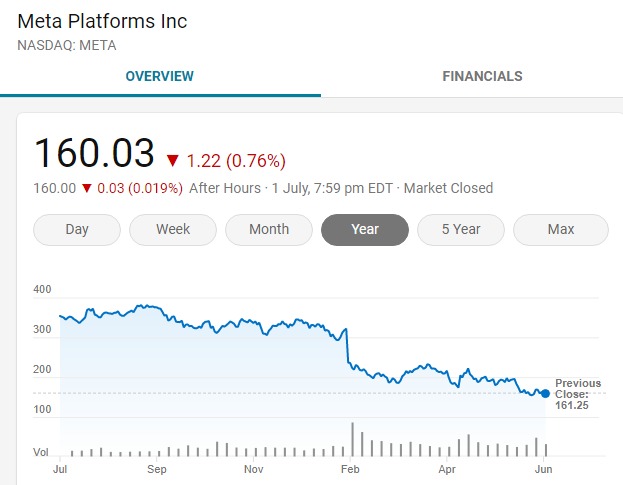 Meta also suffered a setback in market value this year when its flagship app Facebook faced a decline in daily active users for the first time in a quarter. Forecasts indicating lesser ad sales and revenue for ads and other avenues also puts the largest social media company in the world on brink of an economic crisis.

The recent decisions and announcements from the company are part of its initiative to cover the costs to get through a possible recession-like event in the United States of America.

According to an internal memo accessed by Reuters, the company is going to take more measures to cope with external economic pressure. Concerns about data privacy are also making a dent in the ads business of Facebook and other such apps owned and operated by Meta platforms Inc.

Last year, a former employee from Meta, Frances Haugen, testified in front of congress regarding how the company missed an algorithm to push users to come back to the news feed. According to Haugen, the company deliberately promoted negative posts and as expected people came back to their newsfeeds to check out more about the negative news.

She also leaked and gave access to the public, reports, and memos of the company which shows that Facebook and other such apps used anger and hate-filled posts and content to grow. Reports also revealed how Meta apps were reluctant to spend on making online space safe but were OK with increasing and supporting online hate.