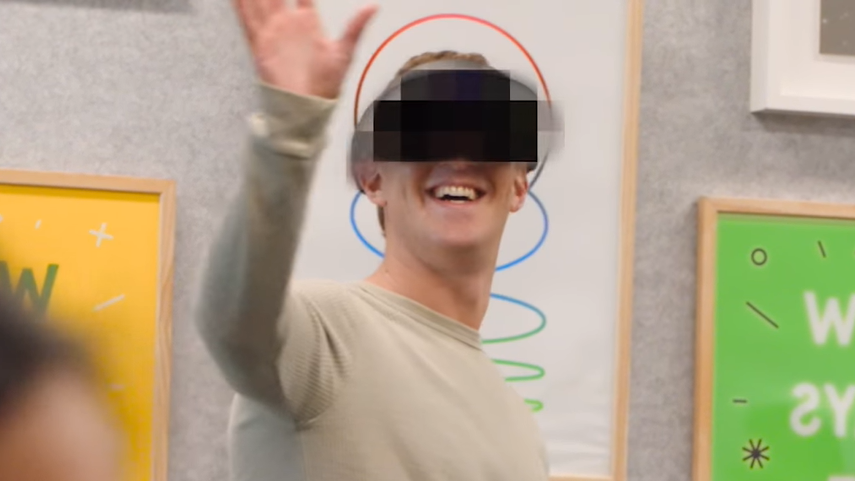 Since announcing its ambitions for the Metaverse, Meta has already announced that it would release another headset after the Quest 2. Those who follow the IT sector are aware that it is known as “Project Cambria.”

Now, Meta founder and CEO Mark Zuckerberg have posted a brief video of himself testing out the future headgear, giving us a glimpse of how it will work.

“Project Cambria” Will Be a High-End Virtual Reality Headset

The Facebook video features a sample dubbed “The World Beyond,” which illustrates how the headgear will provide a mixed reality experience using full-color passthrough cameras to help merge the real and virtual worlds. The headgear will make use of the company’s Presence Platform, which debuted last year.

All of this is accomplished by skillfully disguising the headset. However, a previous Project Cambria teaser film provided us a glimpse of what the headgear will look like, and it mimics the present Oculus headset.

We may notice a change when it becomes official later this year. It will also be a “high-end VR experience,” thus the pricing will be on the pricier side.

The demonstration video depicts Zuckerberg engaging with a cartoon figure and overlapping the virtual and real worlds. We can also see that the headgear can be utilized for more than just gaming; it can be used in the workplace to get things done quickly, VR fitness sessions will be available, and the possibilities are endless.

The “Project Cambria” headgear will include more sophisticated technology than the Meta/Oculus Quest 2. For those who are unaware, the current headset’s managed switch cameras solely display black as well as white. A Protocol report describes the experience, and although it wasn’t “photorealistic,” it is reported to be of an excellent standard and much less startling.

There’s also a Presence Platform preview film that shows the difference between the Quest 2 headset and the future one. You can see it down below.

Furthermore, the experience of the Presence Platform will not be confined to the future headgear. Meta also intends to make it available on App Lab shortly so that more developers may test it out. Other aspects of Meta’s future headgear, including the actual design, are still being kept under wraps. More information, though, is likely to be released soon.