Mark Zuckerberg – co-founder, chairman, chief executive officer, and controlling shareholder of Facebook, Inc. – and his wife, Priscilla Chan, have bought approximately 600 more acres of land in Hawaii for $53 million. The land was on the North Shore of Kauai, an island in the American state. As a result, the pair’s total land holdings on the island now exceeds 1300 acres.

The purchase was made official on 19 March, and include three parcels of land, which include Lepeuli, also known as Larsen’s Beach. Despite now being the property of Zuckerberg, the beach will remain accessible to the general public. The couple also plans on continuing to lease a part of the land to Paradise Ranch, an active cattle ranch near their own landholdings.

The land was bought from Waioli Corporation, a local NGO that works for the protection and preservation of historic locations throughout the island of Kauai. The president of Waioli Corporation, Sam Pratt, stated that the sale was a consequence of the couple’s consistent dedication to the island. Zuckerberg and Chan themselves were honoured and grateful to be entrusted with the preservation of the island. They mentioned that for a long time, they have been working with several community organisers to produce sustainable agriculture, promote conservation, and protect native wildlife at the ranch and surrounding locations. They look forward to continuing similar efforts in the area around Lepeuli.

However, Zuckerberg’s history with the island state has not been without its controversies. Being the fifth-richest person in the world – with a net worth of $121 billion – the CEO has been a resident of Kauai since 2014, when he purchased a 750-acre compound in the North Shore. It was reported that he paid $100 million for two properties: a 393-acre parcel called Pila’a Beach, and a 357-acre former sugarcane plantation called Kahu’aina Plantation. 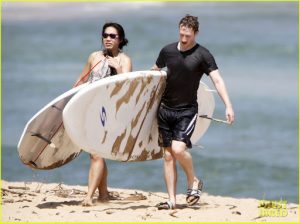 However, his and Chan’s presence on the island stirred up major controversy. In 2016, a mere two years after his purchases, Zuckerberg constructed a 6-foot wall to surround his property, as he was disturbed by the constant noise from the highway, consequently angering his neighbours. Only one year later, Zuckerberg filed a lawsuit against several families in Hawaii who had valid claims of legal ownership of land that were on his property. At the time, Zuckerberg attempted to justify himself by saying that he had filed the suit to make sure that smaller and partial owners get paid for their fair share, as well, but residents thought of the move as neocolonialism, a criticism that he has continued to receive in light of his latest purchase on the island.