McLaren Racing, a well-known British racing team, and the world’s second-oldest operational Formula One team have launched a platform where fans and collectors may buy McLaren Racing-branded digital collectibles or non-fungible tokens (NFTs). 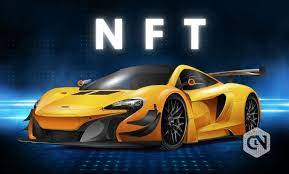 The ‘McLaren Racing Collective’ portal will act as a hub for future possibilities to buy a piece of special McLaren Racing memorabilia. The first drop will let fans and NFT collectors purchase various parts of the MCL35M 2021 Formula 1 race car, which will be manufactured from an official CAD created by McLaren Racing.

Introducing McLaren Racing Collective, a global community of McLaren fans and collectors, and the place to buy McLaren Racing digital collectables in the form of NFTs on the @Tezos blockchain.

To the first 5,000 followers who sign up for the collective platform, the first digital component will be given away for free. Following that, fans can buy one or more components as they become available, to collect all 22 to complete the digital MCL35M race vehicle. The collectibles will be released in five stages, starting on October 24 with the first four components.

The McLaren Racing Collective is based on Tezos, which is also McLaren’s Official Technical Partner and is believed to be an energy-efficient blockchain. Together with McLaren Racing, the two companies are supporting the creation of limited-edition digital assets so that fans may own a piece of the team.

A VIP trip to a 2022 Formula 1 Grand Prix will be awarded to the first individual to finish a full digital MCL35M. The organization envisions the platform as a long-term fan interaction plan for McLaren Racing, therefore this will be the first of future campaigns.

“We are ecstatic to announce the launch of McLaren Racing Collective, which will allow us to engage with fans in a unique new environment. We’re creating new ways to evolve our fan experience with NFTs built on the energy-efficient Tezos blockchain, and a bespoke McLaren Racing digital collectible marketplace gives people a brand new way to connect with our team “McLaren Racing’s Director of Licensing, eCommerce, and eSports, Lindsey Eckhouse, commented on the launch.

Bruce McLaren, a New Zealand racing driver, formed McLaren Racing in 1963. McLaren won its first Formula One race in 1966 and has since won 20 world championships, more than 180 Grand Prix, the Le Mans 24 Hours on its maiden attempt, and the Indianapolis 500 three times. McLaren Racing competes in Formula 1 and INDYCAR in the United States.

Also read: The big day for Bitcoin on Wall Street