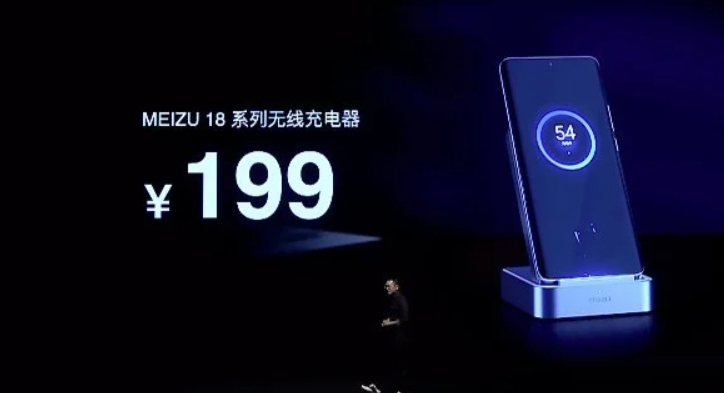 Meizu Unveils Its New 40W Wireless Charger Which Will Be Available To Buy At $30 Electronic giant, Meizu has officially unveiled a new 40W wireless charger which is said to be available for the price of $30

The Meizu 18 Pro has wireless charging support, which is one of the main distinctions between the two phones. The flagship phone will charge at 40W in both wired and wireless modes, and if you choose wireless charging, Meizu has released a special 40W wireless adapter for the phone.

Meizu’s 40W Charger – What You Should Know

The adapter costs 199 Yuan ($31) and is formally known as the Meizu Vertical Wireless SuperCharger 40W. Meizu finishes the pattern with a silver metallic finish that is angled at 120° and has a square frame. The adapter has two charging coils on the inside, and you can use it to charge your handset in portrait or landscape mode.

Meizu claims to have chosen a vertical cooling design that increases cooling performance. The fan is also said to be silent, according to the advertisement. High temperature, high voltage, low voltage, and foreign object identification are also built-in defenses on the battery.

The Meizu 18 Pro can be charged from zero to max in 50 minutes with the Meizu Vertical Wireless SuperCharger 40W. The Meizu 17 Pro, which allows 27W wireless charging, is also backward compatible.

Where Can I Buy The New Meizu 40W Charger?

The Meizu Vertical Wireless SuperCharger 40W is now available for purchase from Meizu’s own online shop, Tmall, JD.com, and Suning.