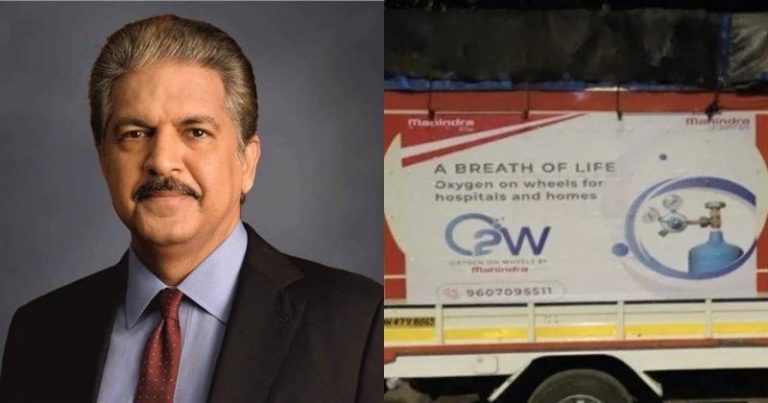 The Covid situation in the state of Maharashtra has not been seen improving ever since the second wave of Covid rolled out in March 2021. The situation has become just like how it was last year. The state is struggling with the shortage of medical supplies and machines. Many affected people are facing problems with their oxygen levels and to solve that the supply and availability of medicines like Remdesevir is very low. The shortage of oxygen tanks is also seen in the state as many people are seen struggling for survival due to oxygen problems.

In such hard times, a lot of corporate companies, both Indian and International have come forward to help and show philanthropy. Companies like Amazon have contributed a lot by collaborating with other nations and bringing in medical equipment and oxygen concentrators to India and bearing their transportation costs. Mukesh Ambani’s Reliance Industries Ltd (RIL) too made an announcement that it has become India’s largest producer of medical grade liquid oxygen from a single location.

Another big company that contributed a huge amount of deals was Mahindra.

Anand Mahindra, the Chairman of the automobile manufacturer Mahindra and Mahindra, not very long ago announced that the company will be rolling out ‘Oxygen on Wheels’. This project will ease the transportation of oxygen tanks and concentrators from producing plants to hospitals, nursing homes, clinics and homes. This is a great initiative by the Mahindra Group.

This roll out plan includes areas of Mumbai, Thane, Nashik, Nagpur where this plan will go live with another 50-75 Bolero pickups on the road in the next 48 hours.

So far the initiative has helped to deliver 61 jumbo cylinders to 13 hospitals. Making this announcement public, Anand Mahindra tweeted- “Today, Oxygen is the key to reducing mortality. The problem is not of oxygen production but its transportation from producing plants to hospitals & homes. We’re attempting to bridge this gap with “Oxygen on Wheels” a project implemented via Mahindra Logistics”

In the next part of the series of the tweet, Anand Mahindra said- “I made a commitment to @CMOMaharashtra on Tuesday & in just 48 hours the @Mahindralog_MLL team launched the program in Pune & Chakan with 20 Boleros. 61 Jumbo cylinders have already been delivered to 13 hospitals in urgent need. I’m deeply grateful to the team.”

This initiative will use trucks and connect oxygen producers with hospitals and homes. For smoothing out this initiative, an operational control center is being established too.

For time being, this initiative has only started in Maharashtra but soon it will expand throughout the country depending on the support of their dealership network & the assistance of local administrations.