Mercado Libre, the eCommerce behemoth dubbed “the Amazon of Latin America,” has announced the addition of $7.8 million in Bitcoin to its bank account. The news was tucked away in the company’s first-quarter earnings for 2021. We have no idea when the BTC was bought… or how much they paid for it.

Mercado Libre has announced the addition of $7.8 million in Bitcoin to its bank account 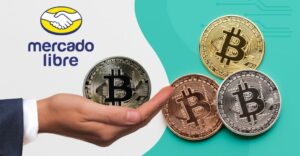 This does, however, place Mercado Libre among a select group of publicly traded corporations that have chosen to invest in the world’s largest cryptocurrency. Tesla made headlines when it revealed it had purchased $1.5 billion worth of Bitcoin and then sold 10percent of the stock for a profit of $101 million.

MicroStrategy is by far the corporation with the most bitcoins on its books. Since August, it has purchased a total of 91,579 BTC for a total of $2.26 billion. The company has $3 billion in paper profits at present prices.

Mercado Libre is a massive corporation with a high-profit margin. Over the years, it’s taken a crypto-friendly position. Customers have been able to make purchases with Bitcoin for a long time. Its real estate platform just added a new area with dozens of properties that can also be purchased with Bitcoins.

It’s worth noting, though, that the tidal wave of publicly traded corporations that were supposed to add Bitcoin to their balance sheets has yet to materialize. So far, rumors that Facebook, Twitter, and Alibaba were planning to embrace cryptocurrency have proven false.