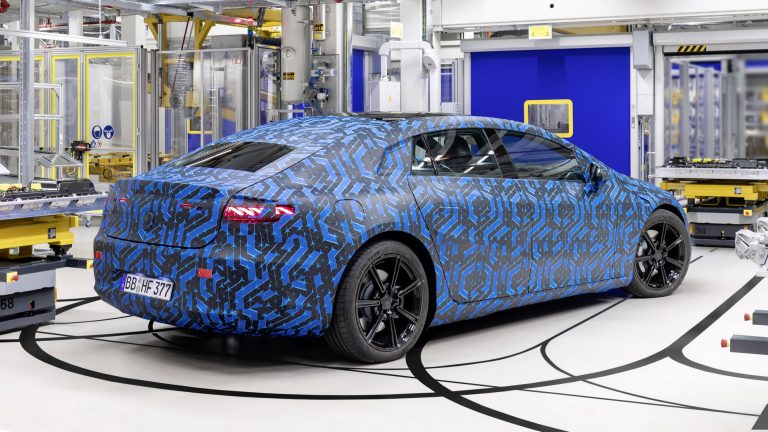 Mercedes predicts that by 2030, they will be producing half of their cars in either hybrid or fully electric. The rival companies Volkswagen and General Motors supposedly are preparing for fully electric vehicle production. The COO of Mercedes mentioned Mercedes being able to produce more electric vehicles when people start using EVs. The company seems to be less ambitious compared to its rivals.

Regardless of their statements, the first fully electric Mercedes is on coming April 15th. The EV is going to have 108kWh, with a range of around 700km. A 15 min fast charging could keep the car running for 250km. Most importantly, the EQS is going to beat Tesla Model S. The luxury EV has a 56-inch hyper screen, for real! Can’t imagine how the company made that happen with a diver having a separate screen. Maybe the wait till April 15 seems long now. 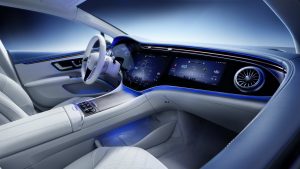 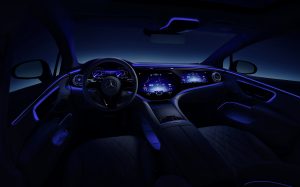 The system is AI-powered, where you could tell the assistance “Hi, Mercedes!” and the EV responds. The software specifics are 8 CPUs, 24 GB RAM, and also has a RAM memory width of 26.4 GB/sec. The EQS is going to be a next-level futuristic car.

The debut car had its batteries manufactured in Stuttgart. Next year, they are going to release eight cars on three continents. The details about where the releases are going to happen exactly are unclear.

In the meanwhile we're kicking off the production of its high-performance battery. Range? Over 700 km. 🔋⚡️ pic.twitter.com/I7uEe3vQx0

Contradicting to what the COO said about people possibly not going fully electric, the company is fully prepared. Their move to buy renewable electricity located in Germany says it all. Furthermore, the electricity generated in a solar park near Ingolstadt can generate capacity to supply at least 65,000 households. This isn’t just solar power, but also hydropower and wind power.

For the Mercedes EQS model, you can pay for the charging with your phone. So, in long term, all the pieces fit together and fully capable of outpacing Tesla Model S.

According to the board member, Jörg Burzer, “The Mercedes-Benz production network is global, digital and flexible, and ready for the upcoming electric offensive – thanks, of course, to our highly qualified and motivated employees worldwide. We are now beginning a real Mercedes-EQ fireworks display. Six electric product launches by 2022 underscore the strength and competence of our Mercedes-Benz production sites worldwide. The production network will have a total of six Mercedes-EQ car locations. Local production of highly efficient battery systems plays a central role in the Mercedes-Benz strategy – coupled with a comprehensive sustainability concept that spans the entire life cycle of the battery all the way to recycling.”

That sums up all the known details about EQS. Mercedes is probably keeping the extra-details for the debut on April 15.