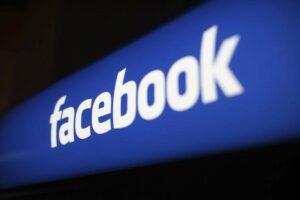 On Monday, June 20, the TASS news agency in Russia reported that a Moscow court rejected an appeal from Meta Platforms Inc. This was following it being found guilty of ‘extremist activity in Russia about three months ago. Russia went on to restrict access to the flagship platforms of the company- Facebook and Instagram, along with social media platform Twitter following the initiation of the war in Ukraine on February 24.

According to various critics, these moves from Moscow is mainly an effort by the country to try and control flows of information. In March, Russia specified that its ruling of naming Meta as ‘extremist,’ would not affect the WhatsApp messaging service owned by the company. Instead, the ‘extremism’ ruling would only focus on Meta’s Instagram and Facebook. At the time, attorney Victoria Shakina informed a court that the company was not involved in ‘extremist activity,’ and was opposed to Russophobia.

Initially, Russia placed a ban on Facebook for placing restrictions to accessing Russian media outlets. At the time, Instagram was targeted following Meta stating that it enable social media users in Ukraine to post content pushing violence against Russian troops and President Vladimir Putin. Later on, the social media company made changes by prohibiting calls for death of head of a state. Additionally, it stated that one should never see its guidance promoting violence against Russians.

Along with its bans on social media platforms, Russia objected to their treatment of its media, where some even carry the ‘state-controlled’ label. Roskomnadzor, the state communications regulators went on to place regular fines on social media giants that failed to remove material that Russia considered illegal.

On Monday, June 20, one of Meta’s attorneys informed the court that Meta’s activities could not be qualified as extremist. This included its refusal to blocking access to content, along with the labelling Russian media as ‘state controlled.’ A reporter from Kommersant present in the courtroom noted these details.

At the time of the ruling, a certain amount of confusion prevailed as WhatsApp, owned by Meta, was still available in the country. Moreover, prosecutors stated that users would not be charged just for using Meta’s services, which can be accessed through virtual private networks (VPNs). As specified by the ruling, when organisations refer to Meta in the public sphere, they must specify that the company’s activities are banned in the Russian state.