The $10 million will provide the local administration with an additional cash stream that can be used to upgrade the city’s infrastructure. Citizens of Miami have been seen mining for MiamiCoin in large numbers, with official estimates claiming that 30 percent of the cash gained by mining has gone to the city of Miami. This indicates that the $10 million awarded to the city represents only 30% of the total revenue generated by MIA mining.

MiamiCoin has now generated over $10 million for the City of Miami, all built on top of bitcoin.

That’s $10 million dollars donated to the city government’s pocket to use on improving the city & quality of life of its citizens.

All from private citizens 👇🏼

Miami’s mayor, Francis Suarez, deserves praise for developing a new cash stream for the city. In a podcast with well-known crypto-evangelist Anthony Pompliano, the mayor highlighted MiamiCoin and its protocol, claiming that the coin’s ecosystem and protocol could potentially offset the city’s entire tax budget due to the coin’s incredible growth rate. 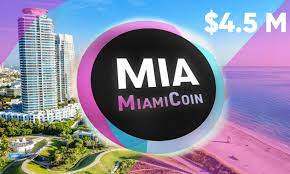 Anthony Pompliano turned to Twitter to discuss MiamiCoin, claiming that the city of Miami only started receiving donations from MiamiCoin and its protocol three weeks ago and that it has already earned $4.3 million for the city, with an additional $6 million on the way.

Pompliano went on to say about Miamicoin’s infrastructure, saying, “Best of all, MiamiCoin is based on Bitcoin, thanks to a Stacks-enabled smart contract.” It makes sense to use Bitcoin as a base layer and ultimate ledger of truth if you’re creating a new form of civilization. “Immutable, public, and decentralized.”

He went on to say that, in addition to MiamiCoin earnings, the city of Miami generates millions of dollars in BTC by stacking the STX it has gained, without having to tax any residents.

Miami’s mayor has been outspoken in his support for Bitcoin and cryptocurrency in general. He’s also revealed ambitions to make Miami the US’s cryptocurrency headquarters, and he’s thrown his support behind MiamiCoin, which is expected to produce $60 million in the following year, according to forecasts. Mayor Suarez has also recommended that, as a result of the city’s status as a crypto hub, inhabitants of Miami be tax-free in the future.