Michael Burry is not a fan of Shiba Inu

Michael Burry, a hedge fund manager, investor, and physician, has dismissed Shiba Inu SHIB, a Dogecoin DOGE-inspired cryptocurrency, claiming that there are too many coins in circulation.

Burry claims that a large number of coins in circulation restricts the coin’s potential price appreciation. He wrote in a now-deleted tweet, “To put it another way, one quadrillion seconds equals 32 million years. One quadrillion days equals 2.7 trillion years, or ALL OF the TIME, multiplied by 71,000 from the beginning of the universe. To put it another way, it’s pointless.” 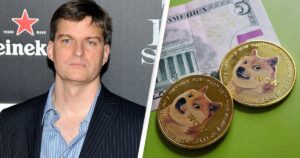 Burry is suspicious about Shiba Inu and the so-called Stonks and has cautioned retail merchants about them. Burry has compared the euphoria around Bitcoin BTC, meme stocks, and other popular commodities to earlier bubbles in property and technology industries, according to the study.

He has warned that they have been “propelled to absurd heights by speculative frenzy, from which the fall would be dramatic and unpleasant”. Burry chastised ordinary investors who took part in GameStop Corp’s short squeeze in January. On Twitter, the hedge fund manager expressed his anger with the short squeeze. In his Twitter message, Burry also tagged the Securities and Exchange Commission’s enforcement arm.

He wrote ” If I put $GME on your radar, and you did well, I’m genuinely happy for you. However, what is going on now – there should be legal and regulatory repercussions. This is unnatural, insane, and dangerous”.

The physician-investor is most recognized for his role in Christian Bale’s film “The Big Short.” The film is based on his wager on the housing market in the United States. He had previously stated that “legal and regulatory ramifications” should be imposed, and that the investors’ conduct was “unnatural, irrational, and hazardous”.

He also unintentionally prepared the ground for this year’s meme-stock boom by investing in GameStop in 2019, and his most recent portfolio update revealed that he was betting against Elon Musk’s Tesla and Cathie Wood’s Ark Invest.

Burry was portrayed by Christian Bale in the film “The Big Short,” and became renowned for winning billions of betting on mortgage securities during the 2008 financial crisis.