Microsoft Start is a personalized news feed designed for Windows 11, mobile, and more 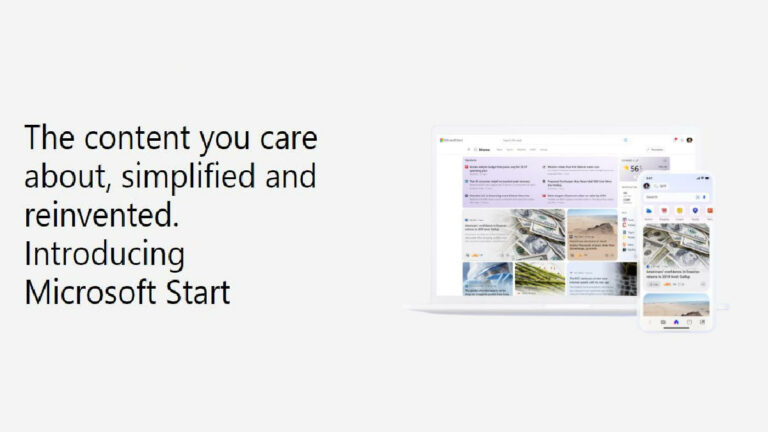 Microsoft today announced Microsoft Start, a tailored news reading experience that will be offered as a website and mobile app, as well as integration with other Microsoft products such as Windows 10 and 11 and the Microsoft Edge web browser.

The feed will combine content from news publishers, but in a way that is tailored to users’ individual interests, according to Microsoft — a customization system that could help Microsoft better compete with rivals like Apple and Google, as well as popular third-party apps like Flipboard and SmartNews, which offer similar news reading experiences.

The product, according to Microsoft, draws on the company’s history of online and mobile consumer services such as MSN and Microsoft News. It will not, however, take the place of MSN. Despite the advent of this new in-house competitor, that service will continue to be available. At first sight, the Microsoft Start website appears to be no different than any other online portal, with news from a range of publications and widgets for weather, stocks, sports scores, and traffic. When you click to read an item, you’ll be directed to a syndicated version hosted on Microsoft’s site, complete with the Microsoft Start top navigation bar and emoji reaction buttons beneath the headline.

Users can now use emojis to react to stories while surfing the main page.

This emoji set is comparable to the one supplied by Facebook today, with the exception that Microsoft has substituted a thinking face for Facebook’s controversial laughing face emoji. (It’s worth noting that the Facebook laughing face has been increasingly chastised for openly mocking postings and people – even on stories portraying horrific situations, such as COVID deaths.)

Another change to Microsoft’s emoji is that after you react to an article with an emoji, you’ll only see your emoji instead of the top three and total number of reactions.

However, unlike other online web portals, which are static aggregators of news items, Microsoft Start’s feed will adapt to users’ preferences in a variety of ways.

Advertising supports the stream, as it does other internet portals. As you go down, you’ll notice that every few rows has one ad unit with a green “Ad” badge next to the URL. At first glance, these look to be product advertisements, distinguishing them from journalistic information. Because Microsoft isn’t shutting down MSN and is integrating the news service into a variety of other businesses, this launch expands the amount of advertising space available.

The User ID is among the data being used to track users across websites and apps owned by other organizations, according to the iOS app’s privacy label. Google News, on the other hand, does not have a tracking component. Both Microsoft Start and Google News capture a slew of “data connected to you,” including your location, identifiers, search history, usage data, and contact information, among other things. The website, on the other hand, merely has a link to Microsoft’s general privacy policy.

Starting today, the website, app, and integrations will be available.