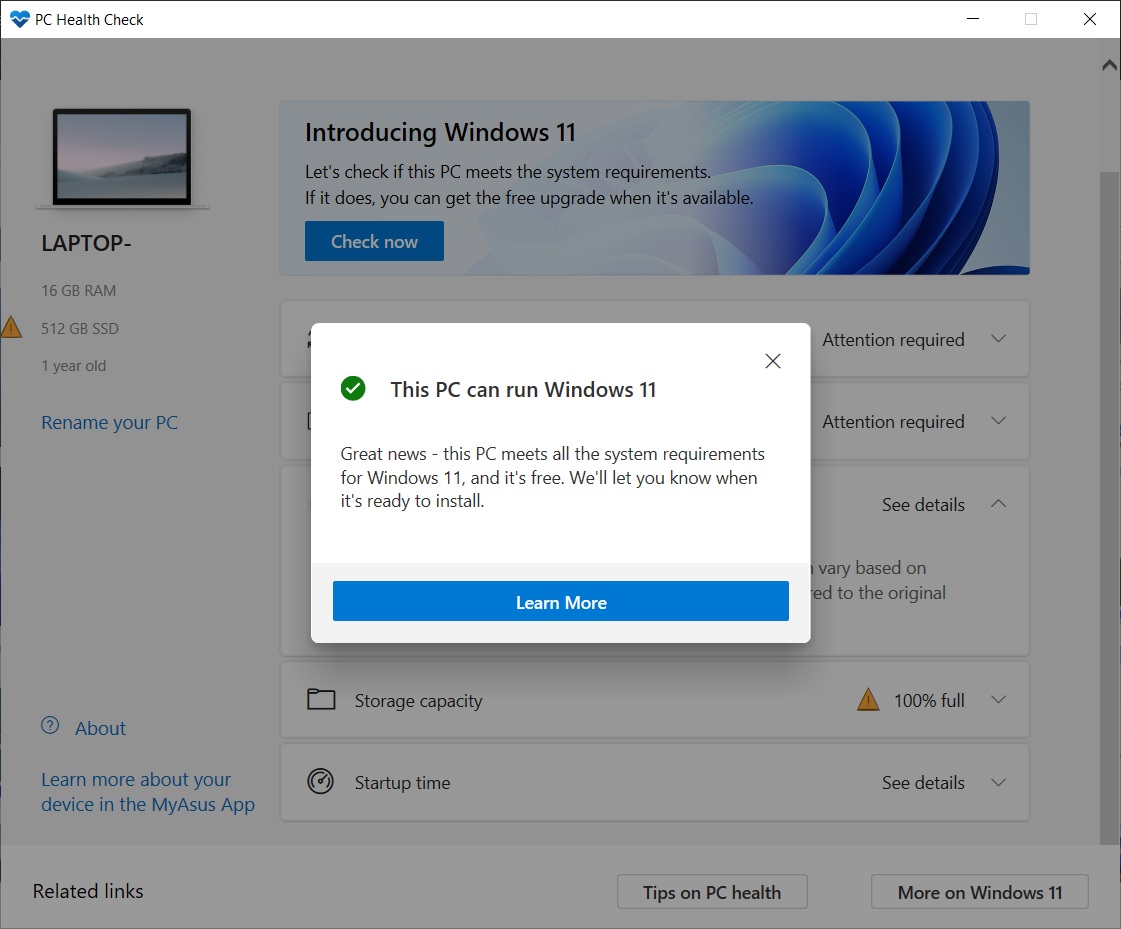 Microsoft has recently unveiled its Windows 11 software update, the next iteration of the Windows Operating System after Windows 10. The changes that the company has made with this update are massive in every way, especially with the visual upgrades. Other than this, MS Teams is now deeply integrated within Windows 11.

Overall, it is the biggest fundamental change in Windows Operating System since the beginning. However, Microsoft has issued its system requirements for Windows 11 and there is a lot of confusion around it regarding the compatibility. Although the Windows-maker has confirmed that Windows 11 will be a free upgrade for Windows 10 users, the system compatibility checks are concerning some users as their system running Windows 10 will not be supporting Windows 11.

Following the confusion and criticism, Microsoft has updated its PC Health Check system app to reveal a little more detailed information as to why your computer won’t be able to run Windows 11, to help with the confusion around compatibility with their PCs.

Previously, before the PC Health Check update, the Microsoft system app only showed a mere Yes or No on whether their PCs will support the latest iteration of Windows Operating System with no extra details, just a pass/fail message. There are a few components, according to the company that can cause the system’s health check app to display the message, for instance, it can be an issue with the storage, processor, or secure boot compatibility, as mentioned in a report by The Verge.

In complete agreement with the report by The Verge, it is fairly easy to upgrade a component or two on your PC to support Windows 11 than to replace your whole PC with a new compatible one. There is some research that people can do before taking such extreme steps as buying a new PC altogether without consulting an expert.

Microsoft seems to be working on the app and the compatibility issue around the Windows 11 update. The company wants more adoption and that is the reason, it is extending the free upgrade option to Windows 8 and 8.1 users as well.

Anyhow, if you also want to check if your PC is compatible with Windows 11 update, go to the Microsoft official website and download “PC Health Check”.