When a guy approached Selim [not his real name] last year and asked to rent the attic of his house in School, one of a few small ethnic Albanian areas in mostly Serb northern Kosovo, he was astonished.

He declined, only to be contacted again earlier this year for the annexation of his home. “They asked whether they could put in 15 machines,” Selim recalled, declining to give his full name. “They offered me 15 euros per unit [per month] at first, then they raised it to 20 euros.” 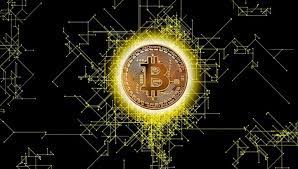 Many others have not followed Selim’s lead. The hum of crypto mining has now become commonplace in northern Kosovo, where ethnic Serbs have resisted integration with the rest of the largely ethnic Albanian-populated Kosovo since the 1998-99 Kosovo war.

And there’s a good explanation for its popularity: Northern Kosovo has been paying nothing for electricity, which is essential for crypto mining, for the past 22 years.

The practice has evolved to the point where even rural villages and urban centers have become Bitcoin production hubs, according to BIRN. Serbs in the northern municipalities of Leposavic, Mitrovica, Zubin Potok, and Zvecan have not paid an electrical bill in more than two decades, taking advantage of their limbo status since the end of the conflict and Kosovo’s 2008 proclamation of independence.

The cost of electricity consumed in these municipalities is estimated to be over 12 million euros per year, according to a report by Radio Free Europe.

Citizens in other parts of Kosovo were charged an extra 3.5 percent to make up for the gap until a court decided it was illegal in 2017. Prime Minister Albin Kurti’s new Kosovo administration ordered the country’s state transmission firm, KOSTT, to cover delinquent debts with its funds for another six months while the government works out a long-term solution.

Meanwhile, in the north, crypto mining, which uses a lot of electricity, is booming. “They introduced a lot of Bitcoin machines here, as well as in Gushavc and Vinarc,” Selim explained, referring to two nearby settlements. He alleged that crypto mine is going on in “every second or third residence.”

The buzz of crypto mining could be heard from a neighbor’s house, but a woman standing in the yard declined to talk about who was behind it. According to Selim, the practice was overburdening the system, and hundreds of families had contributed to the purchase of a new electricity wire. He explained, “We spent roughly 3,600 euros for it because the energy was too low.”

Despite the anticipated cost to state coffers of 40 million euros over the previous three years, the authorities appear to be turning a blind eye.

Two Kosovo police officers patrolling in the northern town of Leposavic stopped a car driven by a resident, a Serbian citizen, laden with 15 laptops worth around 45,000 euros and used to mine cryptocurrencies on the evening of April 20 this year.

According to a police record obtained by BIRN, the officers escorted the guy to the Leposavic police station, where the shift commander notified the local prosecutor that the driver lacked proper documentation for the equipment he was transporting.

According to the article, the prosecutor stated that “in this case, there are no ingredients for a criminal charge” because the driver had not illegally crossed the border between Kosovo and Serbia and owned the computers rather than dealing in them. The individual was let go.

According to the report, Mitrovica Chief Prosecutor Ismet Ujkani was also informed but agreed with the initial prosecutor that the driver should be permitted to continue his journey.

Both prosecutors declined to comment further on the matter; the prosecutor’s office in Mitrovica informed BIRN: “According to information supplied by police, it was confirmed that the equipment was old and used and that the prosecutor had concluded that there were no components of a criminal violation.”

“Because they are loud, it could have been heard before… “But they’re no longer there,” he explained. “I’m not sure where they’ve been relocated because they wander around a lot.”