According to a poll, more than 60% of respondents want to pay with digital currencies. The popularity of crypto market adoption in the United States is demonstrated by this survey. 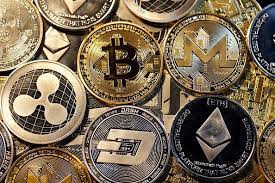 Around 8,000 people in the United States were polled by BitPay and PYMNTS, a financial market website, to learn about their views on cryptocurrencies. After polling all attendees, BitPay and PYMNTS discovered that 60% of people desire to utilize cryptocurrency. People who use digital currencies buy things and pay for services using crypto on a daily basis, according to research.

According to the study, 75% of crypto enthusiasts used tokens for transactions rather than as a source of investment. Bitcoin, Ether, Dogecoin, and Shiba Inu, which were popular a few months ago, have sparked interest in crypto. Only 32% of respondents in a 2020 poll bought digital currencies because they were afraid of losing their money to inflation.

People believe that cryptocurrency wallets serve the same purpose as terms of service (TOS) for online purchases. However, according to the study, 30% of respondents believe that digital currencies cause them to lose money.

People that aren’t using cryptos, on the other hand, should study the crypto market to change their minds. According to the data, more than 70% of consumers have never used cryptocurrencies since they don’t understand how they function.

People who do not have cryptocurrencies are keen to utilize them in 2022, according to the survey. Crypto usage surged by 40% this year, according to another field study backed by MasterCard.

The new generation is the majority of investors in Africa and the Middle East who benefit from cryptocurrency use. Over 60% of young people in these areas believe that using cryptocurrency is important.

Even 70% of young people want to learn more about digital currencies so they can take full benefit of them. According to research, Bitcoin is the most widely used token in the world, with a current price of more than $44000. Bitcoin Cash and Ethereum are two of the most popular cryptocurrencies among new investors.