Elon Musk, the CEO of Tesla, claims that there is no crisis that necessitates fast cryptocurrency regulation. He agrees with Coinbase CEO Brian Armstrong that the US government should not decide who wins and who loses in the bitcoin space. 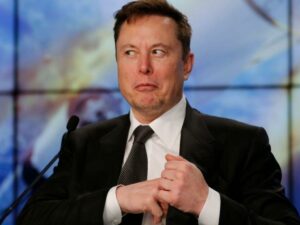 Elon Musk and the CEO of Coinbase have reached an agreement on cryptocurrency regulation.

Elon Musk, the CEO of Tesla, has weighed in on the contentious issue of the US government picking winners and losers in the cryptocurrency field. This came after the White House endorsed a crypto tax amendment to the $1 trillion infrastructure package, which was opposed by the crypto sector and some politicians.

Tesla CEO Elon Musk responded to a Twitter thread initiated by Coinbase CEO Brian Armstrong regarding a crypto tax amendment “that would decide which core technologies are fine and which are not in crypto,” according to Armstrong. “This is a complete disaster.”

“Agreed, this is not the time to determine technology winners or losers in Bitcoin technology,” Musk wrote on Twitter. “There is no crisis that necessitates quick regulation,” he stressed.

“Senator Mark Warner has requested for proof of stake validators to comply with the impossible, but not proof of work miners,” Armstrong added. Why? It’s unclear, but the Senate may end up selecting which sorts of cryptocurrency will survive government regulation.

Senator Warner altered his proposed amendment Saturday after receiving pushback from the crypto industry and other lawmakers. While the validator exception is no longer limited to proof-of-work, it still does not safeguard protocol developers by compelling them to report transactions to the IRS, as Coinbase does.

“We will see the future development of blockchain technology shift offshore to nations like China that are now embracing it,” the Coinbase CEO added, if senators voted for Sen. Mark Warner’s amendment.

If the United States fails to embrace crypto’s innovation, it risks becoming a financial backwater, missing out on one of the economy’s fastest-growing industries. Consider what would have happened if we had missed out on the internet, and the world’s largest internet corporations had been founded elsewhere.